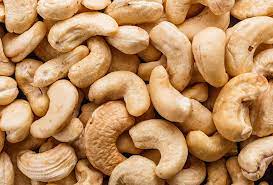 Cashew nuts was the only agricultural product that made it to the top 10 leading non-traditional export (NTE) products in 2020, the report on “Analysis of NTE Statistics 2020,” has revealed.

The rest were all processed / semi-processed products. With an increase in cashew nuts performance by 5.67 per cent ($251million) over 2019 ($238 million), it contributed 58.05 per cent to the total sub-sector earnings.

“Growth in the cashew earnings was triggered by increase in cross-border sourcing of the product to service a growing demand on the international market,” the report launched by the Ghana Export Promotion Authority (GEPA), in Accra said.

In all, the agricultural sub-sector contributed $433 million, representing 15.21 per cent share to the total NTE earnings in the year under review.

Cattle fish and squid was the lowest earner in the first 10 category; contributing about 1.58 per cent to total sub-sector earnings and posed a growth of 54.06 per cent over its 2019 earnings.

A breakdown shows that mangoes recorded an increase in earnings due to high yield in its production.

“The producers adhered to good agriculture practices such as pruning of the trees, head-on-treatment of bacteria black spot disease and expansion of acreages of land under cultivation led to yield increase,” it said.

Among Ghana’s mango producing regions, the Eastern and Bono regions dominate. Small-scale production accounts for 60 per cent of the total mango production in Ghana.

There are two production seasons; April to August, and November through January.

Earnings from medicinal plants increased due to growth in demand in countries such as China and India.

These medicinal plants were used to produce medicines that treat stress emerging from COVID-19 disease.

Bananas, pineapples, shea nuts, yams and fresh or chilled tunas recorded a decline in performance in 2020 relative to 2019.

The report said the decrease in pineapple export earnings in the period under review was due to low production yield caused by reduction in acreages of farmland under cultivation (triggered by activities of sand winners and expansion of estates development into those areas), poor quality of available fertilisers and challenges associated with the implementation of Bank of Ghana (BoG) letters of commitment.

“The interventions of GEPA in the pineapple sector, through the provision of smooth cayenne suckers to farmers, served as raw materials for processing which led to growth in earnings of pineapple juice from $18,175 in 2019 to $3,541,868 in 2020,” the report stated.

Also fresh or chilled tuna fell due to fall in local catch, as well as effect of the COVID-19 pandemic, which caused postponement of execution of export orders to subsequent year.

Banana recorded a fall of 36.12 per cent in performance in 2020 relative to 2019. The report said the fall was due to depression of demand as a fall out from disruptions in distribution chains of supermarkets across Europe during COVID-19 disease related lock down of economies.

Shea nuts (karate nuts) experienced a fall of 49.28 per cent in 2020 as compared to 2019. This was due to a major fall in demand by two leading importing countries (Denmark and India), due to COVID-19 related shut downs during the peak of the pandemic.

India and Denmark saw their imports of cashew nuts falling by 44.43 per cent 63.77 per cent respectively.

The performance is associated with the impact of the COVID-19 on global trade, which the World Trade Organisation (WTO) projected to fall between 13 per cent and 32 per cent due to disruption in economic activities and life generally.