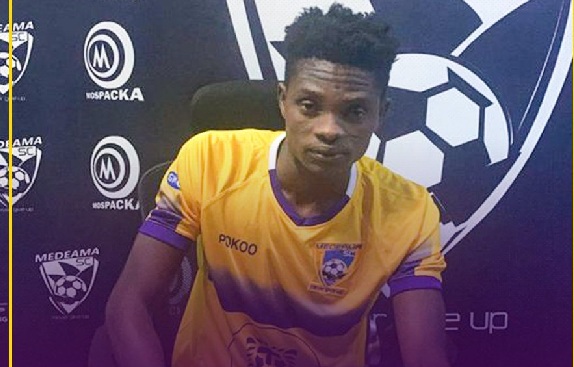 Newly-signed Medeama defender, Seth Sowah, says he is looking forward to challenging for the Premier League title with the Tarkwa-based side.

Sowah, who recently joined the Yellow and Mauves on a three-year deal, believes the club has a better team to fight for the league this season after failing to do so in the 2020/2021 season.

Medeama finished fifth in the past season after their inconsistent results deprived them of the ultimate.

In an interview with Graphic Sports, Sowah described the opportunity to play for Medeama as an honour and looked forward to meeting his new teammates in the coming days.

“I am very happy to have joined Medeama and I can’t wait to meet my new teammates to prepare for the new season.

“With the kind of signings being made by the club, I’m hopeful that we would have a better squad to plan towards winning the league title,” said Sowah.

Medeama have announced the signings of striker Akesse Akesse, Matthew Essiam, while Kofi Asmah and King Acherson have been promoted to the senior team.

The Tarkwa-based side is seeking to win his first ever league title, having won two FA Cups and the Super Cup.