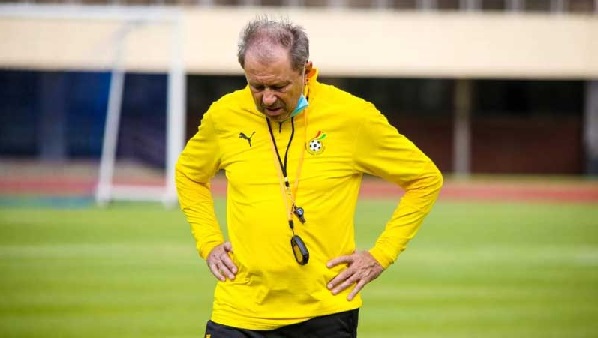 Milovan Rajevac, coach of Black Stars, has called on his team to concentrate on winning their next two Group C Africa Cup of Nations (AFCON) matches against Gabon and Comoros to secure qualification into the next stage of the tournament.

The Serbian trainer explained that the Black Stars must focus on creating and scoring more goals in the upcoming matches of the competition.

A sofiane Boufal late strike after 83 minutes gave the Atlas Lions a narrow 1-0 win over the Black Stars at the Stade Ahmadou Ahidjo Stadium in Yaoundé on Monday.

In a post-match conference, coach Milo praised the Moroccan team but said his side were unlucky not to have scored in the game.

He noted that the team must work their way back to victory in subsequent matches to ensure they make it to the knockout phase of the competition.

“We were unlucky not to have scored because we created a lot of chances but in the end, we lost and have to come back stronger against Gabon,” Coach Milo explained.

“The focus will be on creating more chances and scoring in our next two group games to enable us qualify to the next stage of the competition.”

Ghana are faced with two tough tests to save their AFCON campaign after losing to Morocco but the Stars are hopeful of qualification despite their opening day defeat.

The Stars are looking to end a 40-year AFCON trophy drought after failing to win the title on three occasions in 1992, 2010 and 2015 when they made the finals.