2021 AFCON: Ayew sits out training ahead of Gabon game Friday 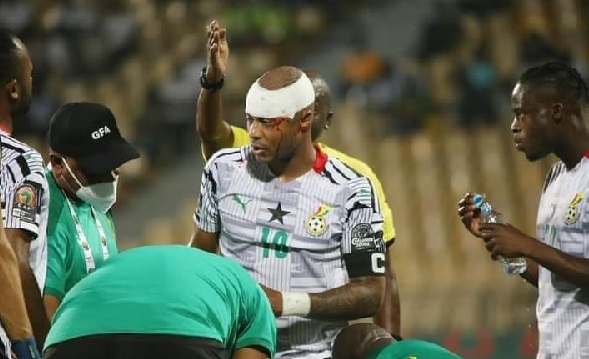 Andre Ayew got injured during the game against Morocco Follow @Graphicgh

Ayew did not arrive with the team for the training session after picking up injury in Ghana’s narrow defeat to Morocco on Monday.

The 32-year-old forward’s failure to train with the team raises concerns about his availability for Ghana’s crucial Group C game with Gabon at the Stade Ahmadou Ahidjo in Yaoundé on Friday.

Coach Milovan Rajevac had the rest of his players available for the training session with the exception of yet-to-return Ayax star Mohammed Kudus.

Kudus is expected to arrive in the team’s camp this week to join his teammates for the rest of the tournament.

According to sources close to the team, the 21-year-old could be in line to play for the Stars’ game with Comoros.

“If he arrives in time, he could feature in the team’s final game with Comoros in Garoua.”