Hearts of Oak, Kosta Papic yet to sign full contract? 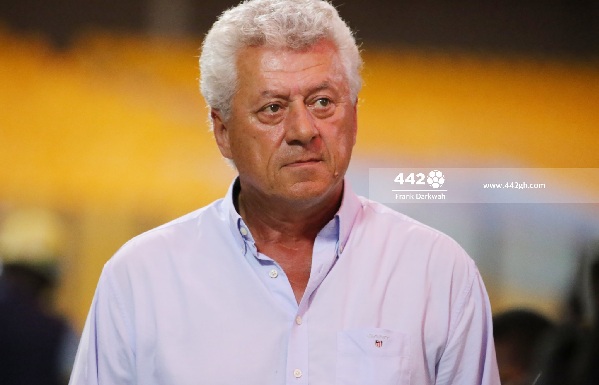 Almost a month after his appointment as Hearts of Oak trainer, the Graphic Sports understands that Kosta Papic is yet to sign a full contract with his employers.

Inside sources say the Serbian trainer has yet to sign the dotted lines as the two parties work towards firming up a conclusive agreement.

Papic, who returned to the club last month having guided Hearts of Oak to win their last trophy during the 2008/09 league season, is said to be working without a full contract as his employers are still fine-tuning his conditions of service.

Sources close to the club has hinted Graphic Sports exclusively that the 60-year-old former Orlando Pirates of South Africa trainer has still not committed to any terms but was working pending the fine tuning of his condition of service.

Since joining the Phobians last month, the former coach of South African topflight sides Orlando Pirates , Maritzburg United and Kaizer Chiefs has been credited for Hearts’ transformation in the Ghana Premier League, which  saw them recording a 6-1 annihilation of Bechem United two weeks ago.

Again the source hinted that the salary of the coach had also not been concluded and whatever he was being paid now was just 'provisional' and would be reviewed when they reached the final agreement with the coach.

“He is still a coach of the club but we have not finished with everything with him and anything he is taking now will just be provisional,” the source disclosed.

However, a director of Hearts, Vincent Sowah Odotei, confirmed the existence of a “full valid contact” between the two parties and said the club were committed to fulfilling their part of the deal.

However, he could not immediately tell the full duration of the contract.

Papic was sacked by Hearts during his first stint with the club in the 2008/09 season after he had guided the club to take a commanding lead on the league log, following which a former Hearts great, Nii Noi Thompson took over to complete the title-winning season.

In his second stint, Papic has lifted the Phobians from the drop zone to a respectable position this season and help restore confidence in the team and among the club’s faithful who are hopeful that Hearts would end their title drought this season.