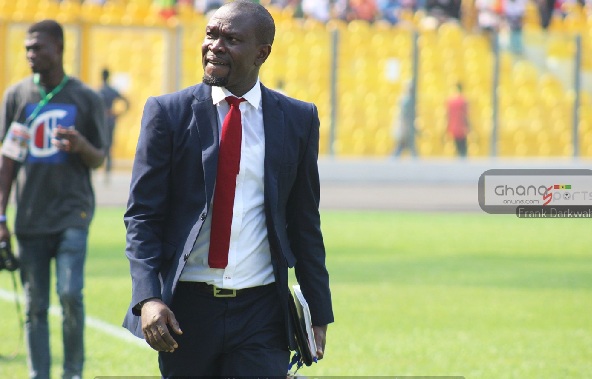 A source close to the Ministry of Youth and Sports, who hinted the Graphic Sports about the part-payment, said the former Stars skipper was happy to have received his first pay packet after starving for almost a year.

Akonnor, who is on a $25,000 salary a month, was impressed upon by the Minister of Youth and Sports, Isaac Asiamah, to consider a pay cut last year in the heat of the COVID-19 pandemic which made both the coach and the Black Stars inactive.

However, due to the fact that the coach had been gagged by the Ghana Football Association (GFA) not to engage the local media, he was compelled to keep his grievances to himself.

As a result, the coach has not discussed publicly his salary arrears since his appointment took effect from February 1 last year.

With five months arrears cleared now, the Ministry still has seven months salary to pay to the Stars trainer who still has a year more to serve in his two-year contract.

According to the two-year contract, Akonnor was to serve a six-month probation, which he was initially not comfortable with.

So far, Coach Akonnor has won one competitive game against the Sudan in the 2021 Africa Cup of Nations qualifiers but lost the return fixture in Khartoum t, leaving the team with two more group games against South Africa (away) and Sao Tome and Principe (home) at the end of March.

Akonnor, who assisted former Stars coach, Kwasi Appiah, in the first two AFCON qualifiers against South Africa and Sao Tome and Principe in November 2019, took over the team after the new football administration decided not to renew Appiah's contract.