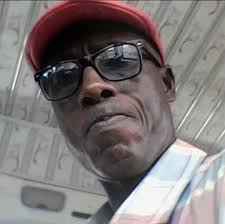 Boxing trainer and match-maker Abdul Rasheed Williams has advised boxing managers to sit with boxers and thrash out issues before signing contracts with them.

He said the only way to avoid problems arising out of contracts penned by the two parties was for them to understand and appreciate what they were signing.

Reacting to a recent feud between heavyweight boxer Richard Harrison Lartey and boxing promotion firm Cabic Promotions, Believer aid he believed the issue was due to lack of communication and understanding of the contract signed by the two parties.

“Boxers must understand that every pesewa spent on them by their managers is an investment which they are expected to pay when they start making money in the ring. If this is clear to them and there are any deductions in their fight purse, it will minimise the agitations and rancour that bedevil boxers and their managers,” he noted.

In an exclusive interview with the Graphic Sports last Thursday at the Graphic Communications Group offices in Accra, Mr Williams, alias Believer, urged managers to be sincere to their boxers to avoid such problems.

The veteran boxing trainer, who also manages some boxers, revealed that he would unveil his new gym by the end of the year.

According to him, the gym would hunt for new talents and hone their skills for the national cause.
“My new gym will also train boxers to be good professionals and teach them how to win world titles on the international stage,” he said.