President Nana Addo Dankwa Akufo-Addo has encouraged young Ghanaians to venture into the study of science and technology because societies that are succeeding in the world are those that have placed emphasis on the teaching and learning of those disciplines.

He said to break the barrier and become the vanguard of development, the emerging population should have a strong grasp of science and technology for the country to advance.

“We can't afford to be left behind,” he added.

President Akufo-Addo made the call when he presented awards to the winners of the Junior Graphic 2021 National Essay Competition at the Jubilee House in Accra last Friday {May 20, 2022].

The Junior Graphic National Essay Competition is organised annually in partnership with the Sustainable Development Goals (SDGs) Secretariat at the Office of the President and sponsored by BiC, a total information and communications technology (ICT) company, IPMC, the United Nations Children's Fund (UNICEF) and the Ghana Library Authority.

This competition is to improve the reading and writing skills of children in both basic and junior high schools. It is also to improve their creativity.

Ultimately, 11 contestants won awards, out of the over 2,970 participants.

Evangelyn Ukoma Awa of the Frihans Educational Complex in Koforidua in the Eastern Region emerged the national champion.

President Akufo-Addo asked the young people to consider opting for science and technology courses as they mounted the educational ladder because the government had set a target to ensure that by the end of the decade, the ratio of students studying the humanities and the sciences should be 60/40 in favour of the sciences.

“The government has commenced the construction of Science, Technology, Engineering and Mathematics (STEM) schools across the country, offering mathematics, general science, aeronautics, robotics, artificial intelligence, engineering, in addition to the existing senior high schools that teach the sciences,” he said.

The President urged them to bear in mind that as the country was the first to break away from colonial rule in Africa, “we have to think always about ourselves that we have a big contribution to make to all civilisations and to the growth of mankind; and that growth and that development are all based on you”.

He urged students to continue reading and writing to be proficient in languages to be able to communicate ideas, thoughts and sentiments well in a manner that others could understand.

“If you are able to express things well, it is also a function of the clarity with which you think,” he said.

“Clarity of expression, which is proficiency in language, is also about the clarity with which you think through problems and issues. And that, at the end of the day, is the most important attribute that you have to get out of education,” President Akufo-Addo told the awardees.

He said the country wanted many young people to think clearly about the issues that confronted them and society.

The President said the awardees were being prepared to participate in the affairs of society and the country and expressed the confidence that one of them could become the President of the country in the future, and assured them that they would be provided with the best possible context in the atmosphere to do so.

He noted that the award winners had exhibited their qualities by expressing things clearly and, even more importantly, being able to think clearly, which enabled them to transcribe their thoughts, saying “that's what we want here in Ghana”. 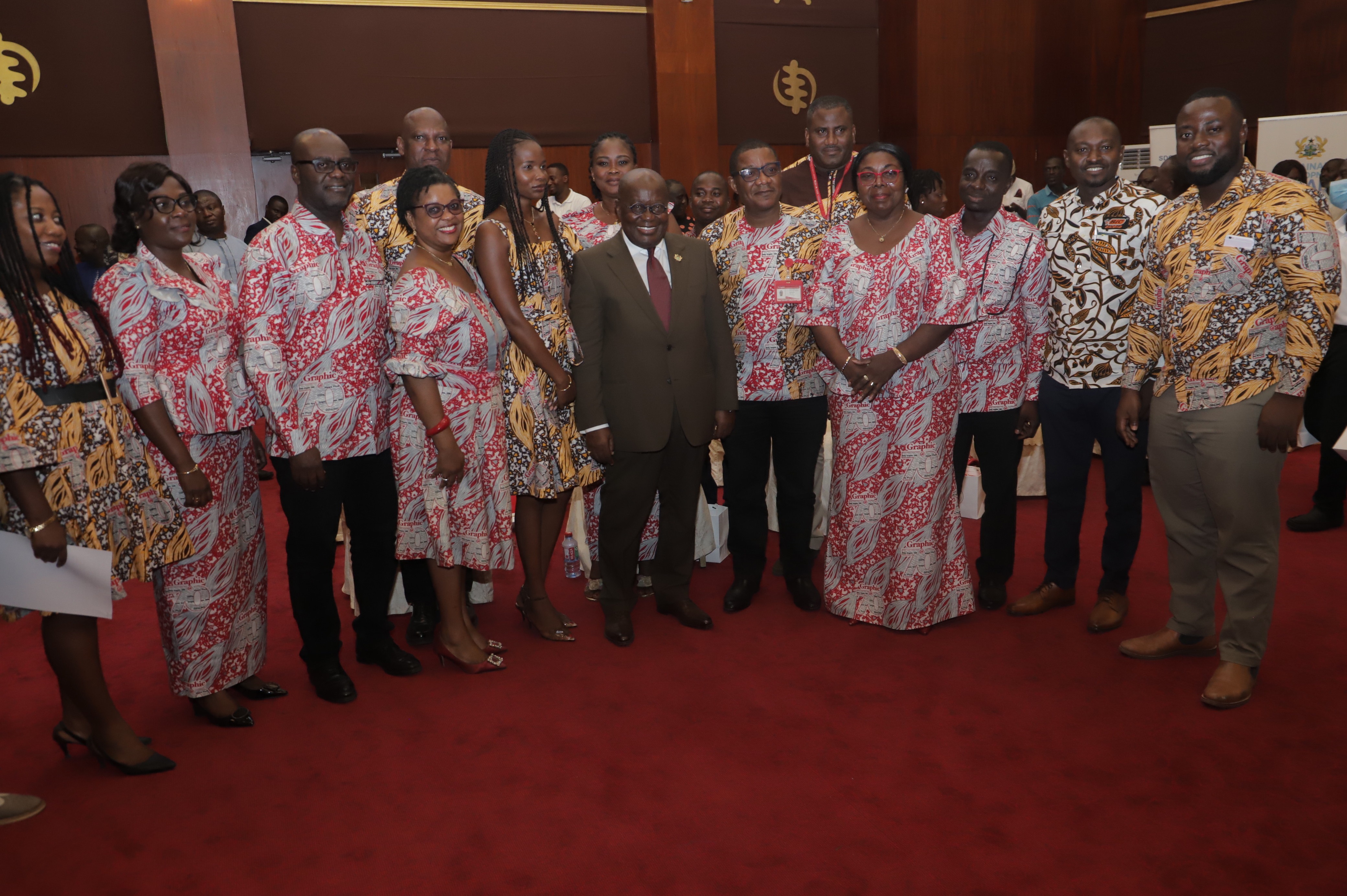 President Akufo-Addo, who is also the Co-chair of the UN Secretary-General's SDGs Advocates Group of Eminent Persons, gave a vivid explanation of the SDGs and said they were about preparing for the future of the world where all could live sustainably, equitably and preserve it.

“The planet is an inheritance from those who have gone before us. It is our responsibility to take care of it, so we can also hand it over to you and you can hand it over to your children and grandchildren, so that we can perpetuate the human race in conditions of peace and stability,” he added.

He said the SDGs were about an attempt to provide a framework for the future and also conserving the environment and marine resources, building sustainable cities and creating an educational system that fulfilled the aspirations of young people.
He said they were also about developing industrial activities that responded to the aspirations of the people and saidl all the essays that the Junior Graphic, in collaboration with his SDGs Advisory Board, assist the the contestants to write were about the world in which the young people and unborn ones were going to inhabit.

Turbulence
The President said the world was in turbulence, but expressed confidence in the resilience of the human race, especially Ghanaians to overcome the difficulties.
"So you have to have a sense of resilience to know that you are being prepared for the world," he said, and assured the youth that it was not necessarily going to be a world of chaos and difficuty but a very progressive one.
Follow @Graphicgh