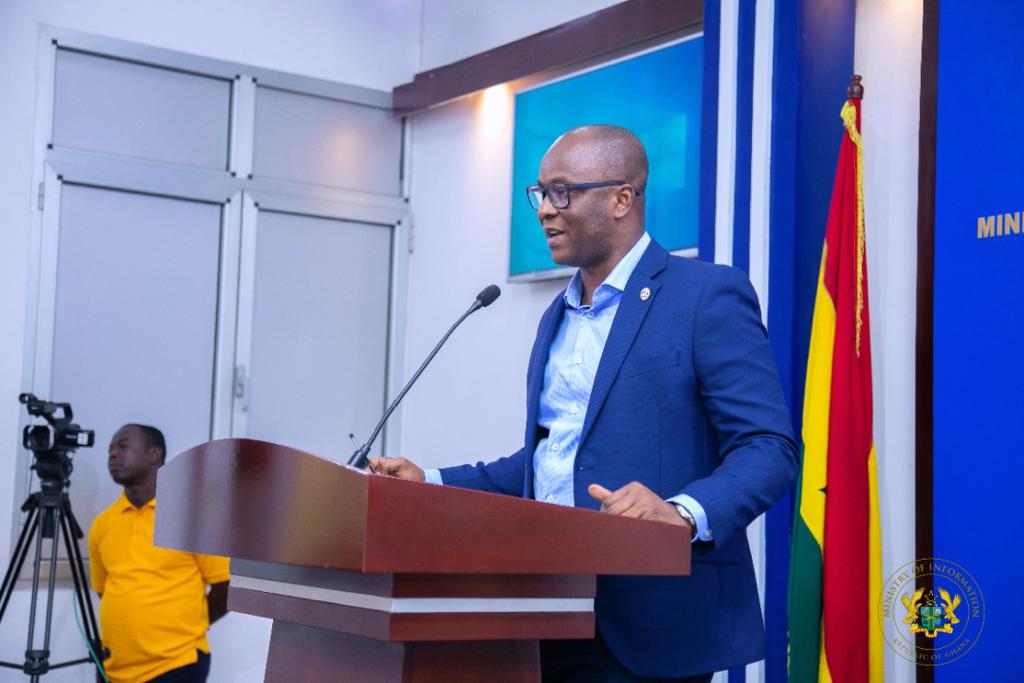 The government has stepped up its terror alert with a call on the citizenry to be highly observant and report suspicious persons and activities to the security agencies and people in authority.

Even though the security agencies are on high alert, the government believe that it is important for members of the public to complement that with information to help deal with the problem.

At a media briefing in Accra yesterday, the Deputy National Security Coordinator, Edward Kwaku Asomani, said the country was not insulated from terrorist attacks, especially given recent events in Togo where 10 soldiers were killed.

He said the nature of the threat was such that it was not a conventional warfare.

“They don’t come in with armoured personnel carriers and fighter jets. They come in forms – it could be the pastor in the church, the cleric in the mosque, or individuals coming in as CSOs purporting to be doing community work. That means that we all have to be vigilant,” he said.

Mr Asomani said in line with efforts to create public awareness and sensitise the citizenry to issues of national security, the Vice-President, Dr Mahamudu Bawumia, would, tomorrow, launch a national campaign dubbed: “See something, say something” with the number 999.

“All the police handles - Twitter, Facebook - will be activated. When you ring, you don’t have to identify yourself because we have some individuals who are worried about identifying themselves when they are giving information,” he emphasised.

He said those who were not interested in using those facilities could go to their district chief executives (DCEs), presiding members, chiefs or anybody in authority to make such reports.

“If you do this very well, we will all collectively reduce the risk that we face,” he said.

In the first quarter of this year, Mr Asomani explained, Africa had experienced about 346 terrorist attacks, 49 per cent of which had occurred in West Africa.

That, he said, clearly indicated that the sub-region had become a hot bed for terrorist activities.

According to him, terrorists wanted access to the sea, and that the nature of the various attacks in the sub-region also showed that wherever they went, there was some form of mineral or natural resource, particularly gold.

Obviously, under such a situation, he said, Ghana was a target, and that was why the citizenry was being asked to help the security and the intelligence agencies by reporting any suspicious activities they saw.

“Let me also add that our study of the various attacks that have happened in the sub-region shows they usually exploit existing fault lines — ethno-religious conflicts, communities that feel alienated or have grievances towards authority.

“This, therefore, means that along our border towns, we have some vulnerabilities there, so we are saying to them that if you see anything that is suspicious, speak to the DCE, approach the district police commander or a presiding member. Don’t think that this information is innocuous: no, let the security and the intelligence agencies take that decision,” he said.

In his opening remarks, the Minister of Information, Kojo Oppong Nkrumah, said there was the need for the country to step up some of its measures towards combating terrorism.

“The government is announcing that it has put its security and intelligence agencies on increased awareness following the increasing number of terror threats and terror attacks and some worrisome intelligence reports that are closer to our borders.

“We have observed that in recent weeks the West African region has been inundated with attacks by extremist elements, some of which have occurred as close as 50 kilometres to Ghana’s northern frontiers,” he said.

Mr Nkrumah said increasingly, intelligence reports suggested that some Ghanaians had been involved in terrorist attacks in the Sahelian region.

“What this signals is that there has been the possible recruitment of Ghanaians by some of these terrorist groups in the West African sub-region.

“The Ministry of National Security has authorised an increased level of awareness among the intelligence community and seeks to deepen engagement with the Ghanaian public, in line with contemporary security practices,” he said.

Mr Nkrumah said in line with contemporary security practices, one of the best things was to talk about security and get everybody on board

He said Ghanaians should be more observant and vigilant and develop particular interest in non-residents seen mobilising the youth or circulating extremist materials, in-person or virtually, with the objective of whipping up sentiments to attack people or public installations.