VIDEO: See the TikTok skit that resulted in the arrest of two content creators 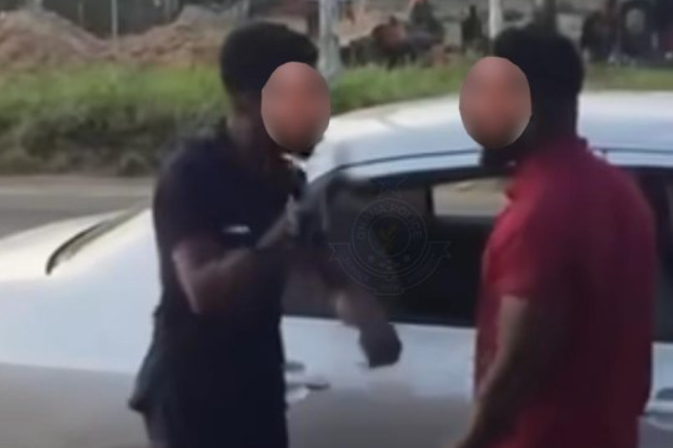 The Ghana Police Service has arrested two individuals seen in a widely circulated video with one posing as a Police officer.

The Police in a statement said an investigation revealed that the suspects are social media content providers who produce videos for their online TV channel.

The Police have arrested two individuals seen in a viral video with one wearing a black attire with police insignia. pic.twitter.com/mA9mKLdqva

The pair were arrested for using the Police uniform in a skit that depicts an interaction between a Police officer and a motorist which was posted on TikTok three days ago.

In the skit, two individuals are seen engaged in an argument on the side of the side.


One of them is seen wearing a police uniform and engaged in a heated discussion in pidgin English and twi with the other as he directs other motorists to park well. The clip was captioned: "police officer in an open fight with a driver".

"As the investigation continues to establish the source of the attire and prepare the suspects to face justice, we would like to caution the public against acts that tend to injure the reputation of the Ghana Police Service," the Police statement said.