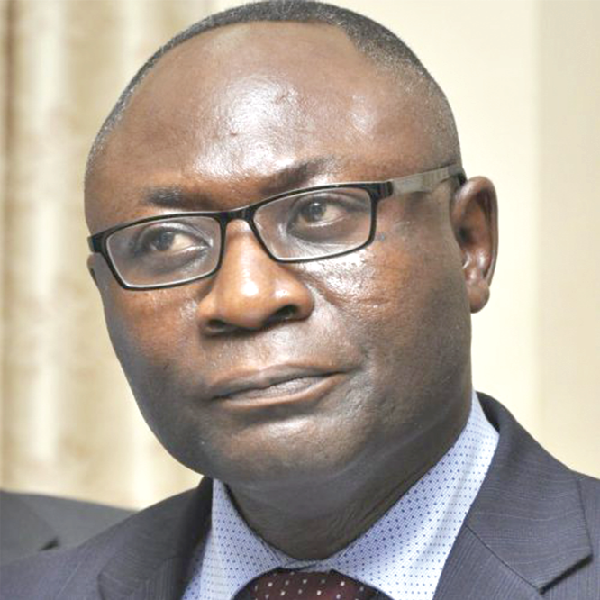 The Board of Governors of the Regional Maritime University (RMU) has handed an indefinite suspension to the Vice Chancellor of the University, Professor Elvis Nyarko, over allegations of extortion.

The suspension followed what the board said were the receipt of anonymous communications from some concerned staff of the university on the alleged act of disrespect and extortion, an accusation Prof Nyarko has vehemently debunked.

Professor Nyarko however says he has not been treated fairly in the matter.

At the Board’s 25th meeting in Accra, chaired by the chairman, Mr Jean Ernest Ngalle Bibehe, who also doubles as the Cameroonian Minister for Transport, the board maintained that the suspension became necessary to enable a sub-committee to investigate the allegations brought up against the vice chancellor in the said communication by the concerned staff.

A notice issued and signed by the Registrar of the university, Dr Baboucarr Njie to the Vice Chancellor, and the university management board which was sighted by the Daily Graphic said the suspension would take immediate effect.

The letter said that the Pro-Vice Chancellor of the school, Dr Jetro W.Brooks Jnr, would act as the Vice chancellor until investigations were completed.

Another circular signed by the registrar to all staff of the university said the sub-committee would be conducting interviews with individuals and staff members to enable them to compile a report on the allegations to inform the board’s next line of action.

The concerned staff in a letter to the university board, dated August 1, 2021 had accused the vice chancellor of allegedly extorting monies from contractors and suppliers.

The letter by the concerned staff also accused Professor Nyarko of allegedly depleting the university’s $3 million stabilisation fund account, reducing the amount to $1 million since his assumption of office in 2015.

The staff in their letter also claimed that the vice chancellor, apart from an alleged divide and rule approach in managing the affairs of the university, did not allow for dissenting opinions even during management meetings and would allegedly verbally abuse persons who held contrary views to his decisions, and thus called on the board to remove him from office.

“The Vice Chancellor constantly engages in verbal exchanges with some management members, and one such exchange led to the resignation of the former coordinator of graduate programmes at the Graduate School,” the staff letter said.

In a counter move, lawyers for the Vice Chancellor on August 23, 2021 wrote to the registrar and wondered why the university’s management had approached the board when it had not exhausted its internal grievance procedures, while at the same time pointing out that Prof Nyarko was not properly served.

Prof Nyarko, however, told the Daily Graphic that he had not been given a fair hearing by the school’s management and the board, since the allegations of extortion was something he had reported to the Economic and Organised Crime Office (EOCO) to investigate.

Describing the move by the board as an unfair treatment, Prof Nyarko pointed out that he had requested through his lawyers to the board for a hearing on November 17, 2021 when members were in Accra for an extraordinary session of the Maritime Organisation for West and Central Africa (MOWCA), “however, my petitions, including responses to the allegations raised in the anonymous letter, were all ignored.”

He wondered why he had been directed to vacate his official accommodation and not set foot on the university campus when the issues in contention were just under investigations with no clear conclusions drawn yet.

“The university’s condition of service stipulates that even for those who are summarily dismissed have up to 14 days to pack out of the university residence, so why am I being treated in this manner?’, he queried.

“I was also never confronted with, nor taken through any procedure of being queried on any issue of disrespect only to be handed a suspension notice which also seek to eject me immediately from the official residence,” Prof Nyarko said.