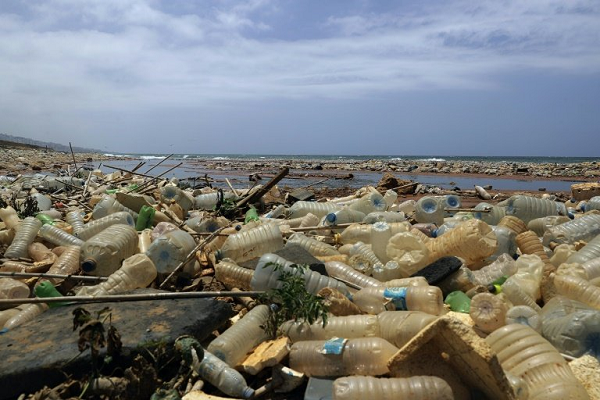 The issue of plastics and its impact on the marine resources has compelled participants at the continental conference on fisheries to call on governments to work to efficiently deal with plastics in their various jurisdictions.

Stakeholders have called on governments bordering the Atlantic Ocean to as a matter of urgency develop workable systems in the recycling of plastics to reduce impact on the marine resources.

They expressed the worry at the opening session of a three-day conference which is being organised by the Ministerial Conference on Fisheries Cooperation among African States Bordering the Atlantic Ocean in Tangier Morocco.

It is being attended by representatives from 18 member countries of ATLAFCO.

The President of the African Confederation of Artisanal Fishing Organisations, Mr Gaiussou Gueye, said it was obvious that fishermen were continuously having plastics in their nets.

He indicated that many artisanal fishers were catch plastic and with the dwindling levels of fish stocks had left the coastal fishing communities poorer.

The situation and serious and must be checked with urgency.

The representative of the Department of Fisheries in the Gambia, Mr Saidleigh Momodou, added his voice to the devastating effects of plastics on the marine ecosystem and called for effective efforts on legislation and enforcement to reduce the canker of the killer plastics.

The Director of the Infopeche, an Intergovernmental Organisation for Marketing and Cooperation, Dr Shep Helguile indicated that marine ecosystem was greatly endangered by humans irresponsible use of plastics Inspite of several written commitments.

Earlier at the opening ceremony, the Executive Secretary of ATLAFCO, Mr Abdelouahed Benabbou in his remarks said the role of artisanal fishers in the food security could not be downplayed as it provided jobs for millions and also provided safe and nutritious food to billions of people across the world while supporting economies.

Mr Benabbbou further indicated that considering the fact that millions of livelihoods in Africa depended on artisanal fisheries, the sector must be protected to ensure the sustainability of the marines resources for future generations.

He said though over 200 million people depended on fish for protein while it remained a source of livelihood for many others, artisanal fisheries continue to be plagued by including the right gears, inadequate fisheries, difficult access to markets and the low participation of women in fishery governance.

Some of the participants also expressed worry that some government to pay lip service to artisanal fishers but had done little to ensure their wellbeing.

They called for effective co-management regulations that would ensure the sustainable use of marine ecosystem.