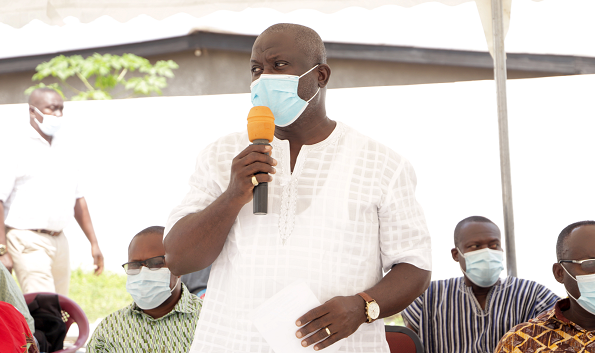 The Chief Executive of the Korle Klottey Municipal Assembly, Mr Samuel Nii Adjei Tawiah, has called on persons who have the interest to teach Ga in basic schools to apply to the assembly.

He said the assembly was ready to take up the total cost of the training of such persons to encourage the teaching of the Ga language in the schools in Accra.

His comment comes on the back of recent actions taken by most school authorities to phase out the teaching of Ga due to the lack of qualified teachers of the language.

He noted that the teaching of Ga was crucial in preserving the heritage of the Ga State; hence, the move by the assembly to ensure that there were adequate Ga language teachers in the country.

“We want to stop the threat to phase out Ga language as a subject in our basic schools, so the assembly is taking it upon itself to pay the cost of training of Ga teachers,” he said.

Mr Tawiah was speaking at a ceremony to launch this year’s Homowo Festival celebration in Accra last Wednesday.

Several activities marking the week-long celebration from August 20 to 26 will be sponsored by the assembly, in collaboration with the Osu and Adabraka traditional councils.

Activities for the celebration include clean-up exercises, Ga quiz competition, and a food bazaar at the Accra Sports Stadium on August 26.

Mr Tawiah said apart from showcasing various Ga foods at the food bazaar, Ga handicraft and clothing would also be on display to educate the public about the Ga culture.

“Our language and foods are disappearing, our culture, our mode of dressing, and the Homowo Festival is also changing a bit, but we believe we must put our foot on the ground to make sure that the Ga culture stays with us,” he said.

He noted that the outlined activities for the Homowo celebration was one of the ways to promote the Ga culture.

Touching on some achievements chalked up by the assembly since its establishment in 2019, Mr Tawiah noted that they had undertaken a decongestion exercise to free the pavements, constructed an isolation centre at the Adabraka Polyclinic, opened an abandoned cluster of schools at Osu, and rehabilitated roads within the municipality.

He gave an assurance that the assembly would continue to work tirelessly to ensure that the municipality was safe to live and do business in.

The Adabraka Queen Mother, Naa Korkor Aadzieoyi I, and Dzase Queen Mother, Naa Teinor Osa Ayilor, commended the assembly for the initiative, expressing their excitement for the collaboration to celebrate the Homowo Festival.

They, however, called on Ga people and the public to join in the celebration to get educated on the Ga culture.