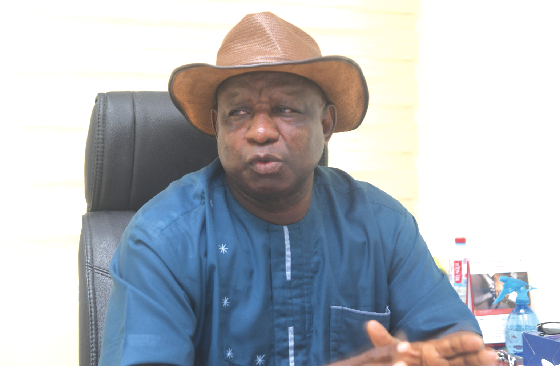 Effective October, this year, all drivers under the Ghana Private Road Transport Union (GPRTU), will be required to subscribe to a mandatory vehicle towing system for the prompt removal of their disabled vehicles from the road.

The new towing system, which is being rolled out by the GPRTU in partnership with the Road Safety Management Service Limited (RSMSL), a private entity, allows drivers to subscribe to an online application that has been developed to effectively deliver the service.

The contractual agreement between the GPRTU and RSMSL requires vehicle owners to pay annual subscription fees depending on the type of vehicle.

The General Secretary of the GPRTU, Godfred Abulbire, who disclosed this to the Daily Graphic last Wednesday, said the contract for the towing service was signed on Monday, August 1, 2022, and the initiative would be officially launched today.

He said the project would have an incubation period between August and the end of September before it would be rolled out in October.

"We will use this incubation period for sensitisation so that people will begin to hook up on to the system," he said.

Mr Abulbire said the RSMSL had brought in over 250 towing trucks and the intention was to ensure that every district got at least, one towing centre.

He explained that the application that had been developed by RSMSL would allow drivers to subscribe to the system by downloading the app, filling their personal details, their vehicle type and colour, and the location or branch they belonged to.

"You will now send the receipt you will be given to your Union Chairman to be issued a card which will be your licence or document you will use to access the towing service".

The GPRTU Secretary said provision had been made for people who had 10 vehicle or more to enjoy a discount of up to five per cent.

He added that the new towing regime had an effective reporting system that allowed both drivers, passengers and passersby to report incidents of vehicles that breakdown for prompt action.

"There is a motivation system for members of the public who report accidents to the RSMSL for prompt action," he said.

Asked whether the GPRTU had the capacity to enforce the mandatory vehicle towing service, he said the union was well placed to do so.

Mr Abulbire said the GPRTU was the largest transport operator controlling about 85 per cent of the private transport space.

He added that the union had 2,100 branches across the country, with over 2.6 million vehicles and 3 million drivers.

The GPRTU secretary said the union would leverage its dominance in the transport space to ensure the towing levy was enforced.

He said when the initiative was fully rolled out, any driver without the vehicle towing identification card would be denied the right to load at any of GPRTU's terminals.

"We do not want to make it optional; it is mandatory, so when we begin, every member of the union will have to hook up to it," he stressed.

Mr Abulbire said the NRSA had issued directives under its new regulations that all loading terminals or unions would have to engage the training of their drivers as part of measures to curb road crashes.

He said in the spirit of that directive, the GPRTU saw the vehicle towing as an innovative means of self-regulating to ensure that drivers under the union did not endanger the lives of passengers and members of the public.