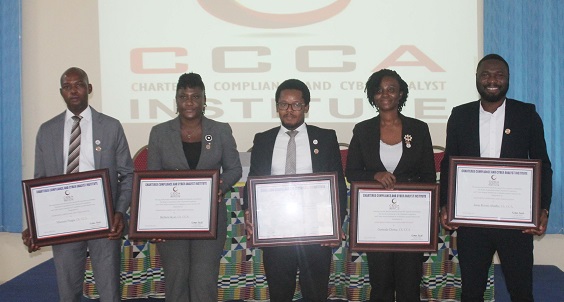 The Head of Compliance at Universal Merchant Bank (UMB), Mr. Solomon Dawson has called on government to expedite actions to transform Ghana's economy into a cashless economy.

According to him, an economy in which financial transactions were carried out in cash rather than via direct debit, standing order, bank transfer, or credit card creates a conducive environment for fraud to thrive.

"Fraud thrives in instances where there are no audit trails where you are not able to go back and track the basis of the illegitimate money that has been earned.

"When there is exchange of money between two people, it would be difficult to establish the source of the money and why monies were paid.

There will be no evidence to show that money was exchanged between two people and this facilitates the fraud. If there are avenues where everything is paid through a system, there will be a follow up trail," Mr. Dawson explained.

Mr. Dawson made this call on Saturday, November 28, during a lecture at the maiden graduation ceremony of the Chartered Compliance and Cyber Analyst Institute (CCCA).

He was speaking on the topic, Fraud Prevention and Governance Risk Compliance.

The Executive Director of CCCA, Mr. Theophilus Kwadjo Odjer-Bio, charged the graduating students to be worthy ambassadors of the institute and discharge their duties based on the principle of accountability, due diligence and honesty.

"You're entreated to help build the nation and tackle the menace of corruption globally," he stated.