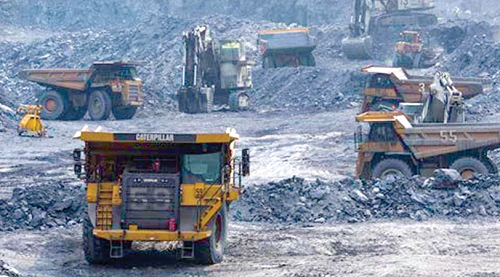 The management of the Future Gold Resources (FGR), the operator of the Bogoso Prestea Mine, has appealed for calm following violent attacks by a group of people which led to the destruction of properties at the mine.

The management, in a press release, has indicated that it has commenced a series of constructive engagements and negotiations with relevant stakeholders on long standing issues relating to the community.

“In order to protect the community and our own workforce, we are working closely with the police to identify those involved in this violent activity, the press release noted.

On July, 26, it was reported that two vehicles being driven by the company persons were attacked by unknown assailants in the village of Dumasi.A gun was fired into one of the cars but fortunately nobody was injured.

The company, in the release, indicated that one of the vehicles was at Dumasi to deliver a letter to the Regent, Nana Dr Francis Kofi Bih as part of an agreement on a way forward to establishing a long-term dialogue and commitment to social investments by the company as requested by the community.

As a result of the attack, the said letter was not delivered.

Things escalated quickly on July 27 when a group of young people allegedly from the Dumasi community arrived at the FGR Bogoso site with machetes and two shot guns and set fire to equipment and buildings in a targeted and orchestrated attack.

No personnel was injured in the attack.

“As a result of these incidents, the police and military were mobilised to protect people and property.

Since their arrival, there has been no physical confrontation between the group and the authorities,” the press release explained.

The management of the company, however, noted that it was making all efforts to proffer a lasting solution to the issues raised by the community which have been outstanding for many years before the FGR took over.

“This illegal activity intended to cause damage and fear must be prevented in order for the company to operate, which will lead to benefits to the community and Ghana.

“We are committed to rectifying long standing issues that it inherited from the previous owner, the GSR. Our recent severance settlement agreement with employees demonstrates the company’s good faith and its long-term commitment to the people.”

The management of the company also assured the community that when calm is restored and safety could be assured, it would take steps to reaffirm its desire to engage all stakeholders in the Dumasi community to discuss the comprehensive list of issues that had been raised.

“We are strongly committed to developing a positive and long-lasting relationship with the community.”