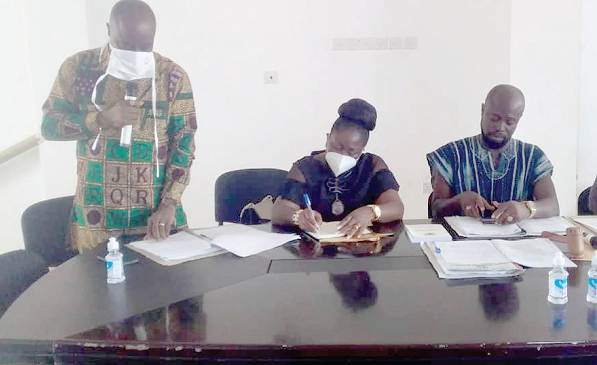 The Asokwa Municipal Assembly last Tuesday commemorated the World Day Against Child Labour (WDACL) with a durbar to create awareness of the dangers of child labour.

The International Labour Organisation (ILO) has set aside June 12, to celebrate the WDACL to raise awareness of the harmful effects of child labour and also map out strategies to combat it.

The event was held at Atonsu-Agogo and attended by parents, students, traditional rulers and market women.

Addressing the durbar, the Chief Executive Officer of the Asokwa Municipal Assembly, Mr Akwanuasa Gyimah, entreated the market women and parents in general to encourage their children to attend school instead of engaging in trading and other activities.

He asked the parents to allow their children to go to school to acquire knowledge and become responsible citizens in future.

Mr Gyimah said now poverty could not be used as an excuse to prevent children from going to school, as through the Free Compulsory Universal Basic Education (FCUBE) and Free Senior High School programmes, children could access education at little or no cost to the parents.

While admitting that children acquired knowledge and training by helping their parents on the farms, at factories and markets, he said the jobs parents should give to their children should not pose any danger to them and should also not deprive them of their education.

The Head of the Department of Social Welfare and Community Development (DSWCD) of the assembly, Mr Dickson Frimpong, educated the participants on the various forms of child labour and advised them to avoid those activities in order not to fall foul of the law.

He said it was the duty of parents to ensure that their children grew up into responsible adults by providing them with their basic needs and not to serve as a hindrance to their growth.

According to him, aside from the practice affecting the growth of children, it also affected their future and prevented the country from deriving the full potential from its children.