100 Ghanaians to be deported from USA — Foreign Affairs Minister 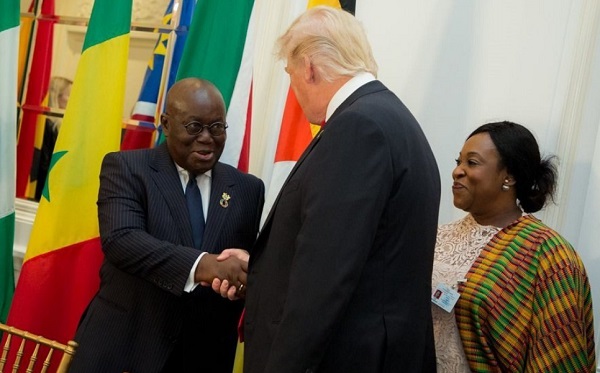 The Minister of Foreign Affairs and Regional Integration, Ms Shirley Ayorkor Botchwey, has told Parliament that 22 Ghanaians are currently in the process of being deported from the United States of America (USA) for breaching the immigration laws of that country.

She said they were part of 100 Ghanaians on the list of persons who were at different stages of removal from the USA.

Ms Botchwey disclosed this when she answered a question from the Member of Parliament (MP) of North Tongu, Mr Samuel Okudzeto Ablakwa, about the terms of the agreement reached with the USA leading to the lifting of visa restrictions and how many Ghanaians were to be removed from the USA.

The MP also asked the minister if Ghana was still going by the deportation of some 7,000 Ghanaian immigrants who were at various stages of being deported or the US authorities had amended that figure as disclosed by the immediate former US ambassador to Ghana.

Responding, Ms Botchwey said 7,000, and at some point 3,000 had been “bandied around”, but unfortunately the request by her ministry for a list of Ghanaians who had flouted immigration laws had not been provided.

“So I cannot speak to these numbers because they have not been provided; at one point we were given a list of probably 100 as people who were being processed in different stages of the removal process.

“But since then, nothing has been given to us and as we speak we have 22 persons who are in the process of being removed, but nothing like the numbers that were mentioned at first,” she said.

Ms Botchwey said during the period of sanctions, 125 Ghanaians who had been ordered to be removed from the USA were deported.

She told Parliament that currently, interviews for persons cited for deportation were ongoing as agreed between Ghana and the US.

“However, in the wake of the COVID-19 pandemic, the issuance of emergency travel certificates to facilitate their removal has been deferred until borders are re-opened.

“It should be noted that both sides put in place modalities intended to facilitate and ensure that a procedure was followed in the identification and issuance of the appropriate travel documents in accordance with Ghana’s obligation under international protocols,” she said.

Touching on the identification process, Mr Ablakwa questioned the robustness of the series of actions that had been put in place to ensure that other citizens who might have acquired Ghanaian passports were not lumped together with Ghanaians and deported to the country to affect the security of the country.

Responding, the minister said a robust system had been put in place to ensure that those to be deported were thoroughly interviewed for their true identities to be established.

“We are particularly ensuring very thorough interviews and the names of people are sent to Ghana and the relevant authorities of immigration, the Interior Ministry and the National Security also do their checks and they give us feedback.

“If indeed they are Ghanaians, then we can proceed with our part, which is to issue the travel documents,” she said.

Ms Botchwey, who is also the MP for Anyaa-Sowutuom, recalled that on February 1 last year, the present US Ambassador to Ghana, Mrs Stephanie Sullivan, announced that on the advice of the Department of Homeland Security and the Department of State and pursuant to Section 243 (d) of the US Immigration and National Security Act, visa restrictions had been instituted on some categories of Ghanaians effective February 4, 2019 on the basis of claims that Ghana was unreasonably delaying the return of its nationals ordered to be removed from the USA.

“During the meeting, I proposed a road map for the consideration of the US authorities to resolve all issues related to the Ghanaians cited for deportation to Ghana,” she said.