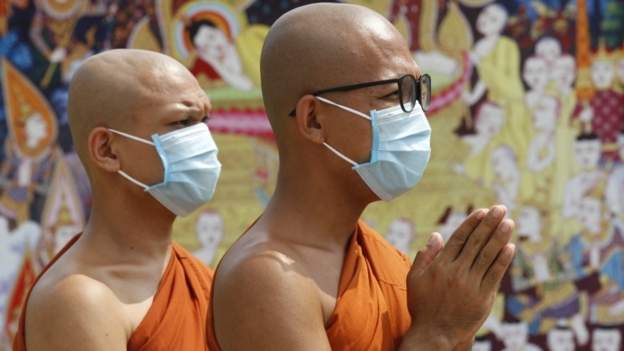 Over the weekend, Cambodia said its only remaining Covid-19 patient has been treated and released from hospital, leaving the country with no current cases of the virus.

Video of the 36-year old woman leaving a hospital in the capital Phnom Penh was shown live on Cambodian television on Saturday.

Cambodia has reported 122 cases of the virus and no deaths.

Health officials have warned that they will not ease existing restrictions though - including school closures and border entry checks and quarantine - and continue to be vigilant.

"We think that most of the cases, generally, are imported, so we must be careful with all checkpoints at the border, at airports, at ports, at land checkpoints," Health Minister Mam Bunheng said.