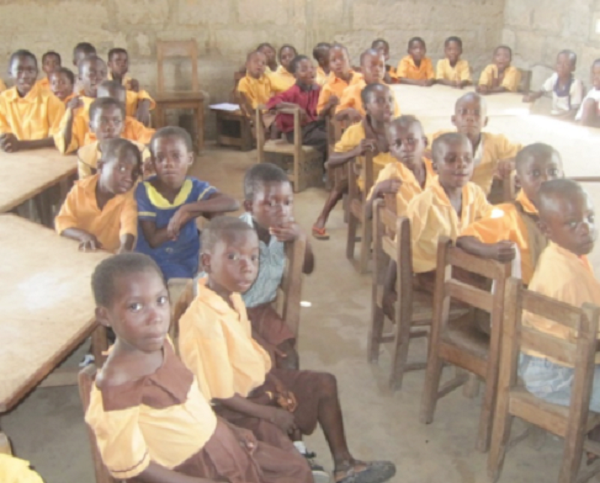 Start the kids off with English or a local language? Follow @Graphicgh

In reflecting on the assertion, “Use the English language to teach children in primary schools in Ghana”, it must be discerned that such a claim may have (as discussed in the preceding columns) Clarity, Accuracy, Precision and Relevance, but still lack Depth.

We think deeply when we go beyond the surface superficiality of any issue. The complexities have to be properly identified and resolved responsibly.

Many critical issues do not render themselves as simply “Yes or No matter”. It happens often that there’s not one particular way to find clear solutions or resolve an issue to benefit everyone.

The earlier assertion about language, for example, creates tension in two ways: one, do we start off teaching all children in the English language or two, in the language of each locality? The debate will not go away.

It rages on! But it helps when the complexities are addressed reliably.

The expression “A mile wide and an inch deep” is often used in describing an assertion that renders itself shallow and disconnected from reality when the due complexities in that important subject were not fully resolved.

When the subject of the appropriate language medium to be used for instruction across the length and breadth of the country - across the various ethnic cultural divides - across the homogenous enclaves of rural communities and the heterogenous principal municipalities - the assertion must not smack of superficiality.

In Ghanaian parlance - when it is said that someone is talking “by heart” - it is to show that there’s a serious lack of depth in their thinking.

In assessing thinking for depth, the following questions need to be asked and answered in context: How does the statement address the complexities of that subject?

How does that statement consider the problems in the execution? How have the significant factors been considered?

Here I use as case studies, my experiences facilitating seminars in the Shama District of the Western Region; and the North and South Nkwanta districts of the Oti Region.

About to start a pre-service teacher training in a school in Shama, I encountered a situation that clearly confirmed the need to start teaching children in the comfort of the language of the community.

As I entered this particular class of about seven and eight-year-olds, I witnessed a timid bunch of children cuddling uneasily, sitting all alone – without a teacher.

The timidity got worse when I asked in English, “Where’s your teacher?” I realised that not one was comfortable to answer such a simple question that others may tend to take for granted.

In changing the mood, I asked in Fanti: Wo nho tsen den? (How are you?).

The whole class erupted into a loud, buzzling chorus: Yen ho ye! (We are good).

After that, things were never quite the same again. The shyness simply evaporated as we engaged in Fanti where everyone was enthused to contribute, weaving their own bits and pieces of reality into the conversation -and be validated as smart by both the adult and their own mates.

(That experience has lived with me to this day, reflecting my own humble beginnings in class one – in the mid-1950s in a village in Obuasi (Adansi area) - where we were first taught the symbols and sounds of the alphabets in Twi, thus enabling us to begin reading and writing in Twi – for starters.)

There are advantages in homogeneous classes where most kids spoke a common local language be in Fanti, Twi, Ewe, Ga, Dagomba, etc.

The caveat is that one size does not fit all. The challenges in heterogeneous communities are different.

My other teacher training sessions in the Nkwanta North and South districts yielded a completely different case.

How then does one begin?

It happened that the English language – in that particular scenario - offered the vehicle to begin to knit those ethnicities together, including even religion where a morning training session began with a Christian prayer and ended with a Muslim prayer, or vice versa.

For children with little or no access to the English language - especially in the rural areas - the local language is the first port of call.

But, there are clear challenges in heterogeneous classrooms – with a mix of various first languages.

While a literate environment in one’s own language may help people to think and express their ideas freely, the realities of such dense diversities have to be considered.

The double trouble is where a good number of our school leavers cannot read or write in English and can neither read nor write in an indigenous language. In thinking for depth, it becomes clear that it is not simply a question of choosing English or the local language to teach primary school children; we need both, and more by including French with which to communicate with our neighbours in Togo, Burkina Faso and Cote d’Ivoire.

Teaching the lower age groups appropriately – in either the local language or English or both – demands highly competent skills. It is here that children form the foundations on which to build confidence for lifelong learning and fulfilment.

And yet there’s the tendency to take education at the lower levels for granted.

In Finland, for example, it is more difficult to get into their schools of education – to teach the very young – than into medical or engineering schools.