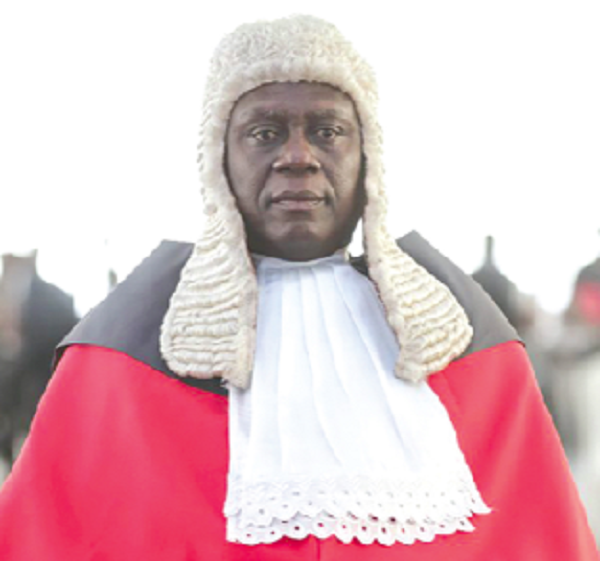 In part one of this essay, we laid the basis for compensation for persons wrongfully convicted and imprisoned.

Here we shall look at the methodology of applying for the relief, and the manner of assessing the quantum of money to be paid to the person.

At the Supreme Court, their Lordships set out in their various judgments, the factors that must be present for a person to invoke the jurisdiction of the appellate court or the Supreme Court to enforce Article 14 (7).

Fundamental to the success of an application is a criminal appeal being grounded on one of the factors listed in the Courts Act, 1993 (Act 459). Section 31 provides:

a) that the verdict or conviction or acquittal ought to be set aside on the ground that it is unreasonable or cannot be supported having regard to the evidence; or

b) that the judgment in question to be set aside as a wrong decision on a question of law or fact; or

c) that there was a miscarriage of justice, and in any other case shall dismiss the appeal.

So, a factor that could influence a court’s decision to certify is what the Chief Justice described as a miscarriage of justice that is “substantial, serious, grave or gross”.

An applicant for compensation could also rely on Article 14 (6) of the International Covenant on Civil and Political Rights 1966 (ICCPR), ratified by Ghana on 7th September, 2000. Article 14 (6) says:

“When a person has by a final decision been convicted of a criminal offence and when subsequently his conviction has been reversed or he has been pardoned on the ground that a new or newly discovered fact shows conclusively that there has been a miscarriage of justice, the person who has suffered punishment as a result of such conviction shall be compensated according to law, unless it is proved that the non-disclosure of the unknown fact is wholly or partially attributable to him”.

In any situation, if the appellant could satisfy the court that injustice has been meted out to him without basis and just cause, then his chances of having the application certified for compensation is assured.

For Article 14 (7) of the 1992 Constitution to apply, the applicant/appellant must be qualified thus:

1. The applicant/appellant must have been convicted and sentenced to a term of imprisonment by a court of competent jurisdiction.

2. Must have served part or the whole of the sentence.

3. Must have been acquitted on appeal by a court of competent jurisdiction.

The appellate court may certify to the Supreme Court that compensation be paid.

If the acquittal took place at the Supreme Court, then it would examine the records and it may approve compensation.

How must an appellant proceed?

First he must apply for compensation to the appellate court that heard the appeal.

In other words, if the High Court sentences a person to prison, and the person wins the appeal for good reasons, not technical lapses, Counsel for the appellant must ask the Court of Appeal to certify that the applicant deserves to be compensated, and such certification would be considered by the Supreme Court for compensation.

Where the Court of Appeal rejects the application for compensation, then an appeal lies to the Supreme Court.

That is what I did.

Secondly, at the Supreme Court, the applicant must provide the certified records of proceedings, including the Bill of Indictment, plus the judgment of the court, to enable their Lordships to know the case in full.

Thirdly, the applicant must state his case in a sworn affidavit, providing essential facts which show there has been a miscarriage of justice, and verifiable from the accompanying records of proceedings.

Where there have been financial losses, these must be supported with such evidence or documents confirming the losses.

When the above procedures are not done, the Supreme Court could dismiss the application for compensation on grounds of inadmissibility of evidence.

Again, the Supreme Court could also reject the application if it is not satisfied that it is meritorious, in that the release of the prisoner arose from technical or procedural errors, and not the intrinsic innocence of the applicant.

In other words, compensation is discretionary, not compulsory.

How much should the Supreme Court award to an applicant as compensation for wrongful conviction and imprisonment?

Their Lordships generally agreed that the factors that could influence the court to determine the amount are:

a) the gravity of the offence with which the appellant was charged;

b) the period of imprisonment;

d) the nature of the sentence imposed;

e) proven specific financial losses as a result of the imprisonment.

Their Lordships were mindful of public policy that unless care was taken, there might be a floodgate of such applications damaging to the public purse, so the application for compensation would have to go through thorough examination before an award is made.

I shall reproduce for my conclusion the incisive statements of Dotse JSC, which capture the spirit and letter of Article 14 (7).

He states: Considering the fact that compensation under Article 14 (7) is a special jurisdiction conferred by the 1992 Constitution for the benefit of citizens of this country…it follows that basic fundamental principles of constitutional interpretation must be strictly adhered to.

These are that, in construing the awards for payment of compensation, regard must be made to the need to promote the rule of law and the values of good governance.

Secondly, human rights and fundamental freedoms must be advanced.

Thirdly, an innovative and creative development which will take account of the cultural, economic, political and social development of the

Constitution and laws of Ghana must be seen to be permitted and promoted.

Finally, in doing so, adherence to technicalities which have the potential of defeating the aims and purposes of the Constitution and ordinary laws of the land must be avoided.

The writer is a lawyer, E-mail: This email address is being protected from spambots. You need JavaScript enabled to view it.