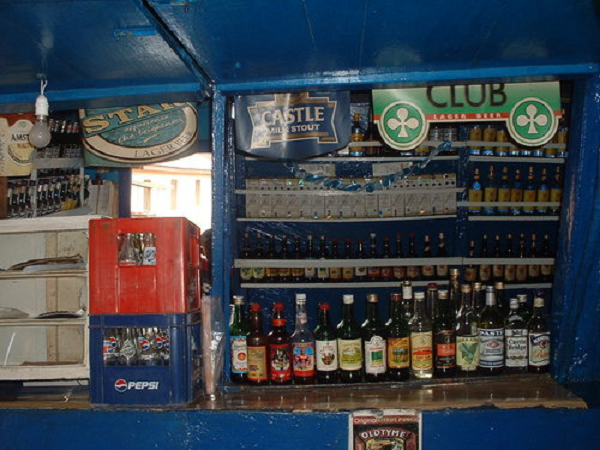 The maître d’ at a top-class restaurant in Cape Town, South Africa, once told me that the best waiters were always those who had the experience of going to expensive restaurants as customers.

He insisted that once you had experience of being served at a swanky restaurant, it was easy to be a waiter at similar restaurants.

This story came to my mind recently when I was trying to understand why we are having such difficulties with instituting an address system in this country.

If you grow up giving directions using blue kiosks and kelewele sellers, the chances are that you would not appreciate the importance of addresses needing to be exact.

Just round the corner and there is a blue kiosk opposite, these are bound to be your default thinking instead of number 15 Labone Close. You are also not likely to appreciate that there is much difference between a house number changing from 12 to 16.

I really thought we had solved the property address problem with the introduction of the Global Positioning System (GPS) digital address system. I have celebrated it and been cheering it at every opportunity.

When we were told that the Post Office could take your address and put it on a plaque and mount it at your gate, I was one of the first to get it done. It was one of the happiest expenditures I had made, I think it cost 50 Ghana cedis and it has been on my gate post for almost three years.

When we were told Nation Builders Corps (NABCO) teams were being deployed to make sure every property in the country had an address, a street name and a GPS digital address, my joy knew no bounds.

I am now beginning to think that like a waiting job in a top-class restaurant, to appreciate the importance of property addresses, it helps to grow up in an atmosphere of number 2 Kwame Nkrumah Avenue and not the first storey building after you turn right.

It seems to me that the NABCO property and street naming gang must have come largely from the “just around the corner” background.

How come that every GPS digital address generated by the NABCO gang is different, and sometimes dramatically different from the ones generated by Ghana Post?

We were told that since the digital address was to aid in delivery of goods to properties, we were supposed to take the location reading from the entrance gate to the property. The NABCO digital addresses were obviously not generated from the front entrances and that explains why they are different from the Ghana Post digital addresses.

I obviously have a problem. I have used the one generated by Ghana Post in all my documentation for the past almost three years. I used it to register for my National ID, the Ghana Card, and in filling every form.

My understanding had been that since the physical land space does not move, this digital address would be a permanent figure attached to my property. Now it turns out my digital address has changed when I have not moved house.

If you thought it was only the digital addresses that are changing mysteriously, you are wrong. By the time the NABCO property naming gang are done with you the names of well-known and well-established streets are changed and the numbering of the properties on the streets.

I live on a street that has had a name right from when the area was designated a residential area. The plots were numbered with the even numbers on the right and the odd numbers on the left.

Our house, being on the plot that is number ten on the right, was number 20. It has been number 20 for almost fifty years. The NABCO gang arrived at my gate with a plaque that listed our house number as number 53. Someone had decided to start counting the houses on the street from the other end rather than the end that had been used for 60 years.

Once upon a time, I lived in North Labone on a famous street called Soula Loop. I lived in number 14 Soula Loop. Two weeks ago, the house that used to be number 12 Soula Loop all these years, was christened by the NABCO gang, number 16 Soula Close.

I know how 12 becomes 16 in this numbering process. The developers have been busy in many of the old estates like North Labone where the plots were large, with a little bungalow and a large garden.

Now there would be three townhouses, for example, on plot number eight that used to have one house and instead of naming the three townhouses, 8A, 8B and 8C, they are named 8, 10 and 12. Suddenly house number 12 becomes number 16.

Then, the street that had been known and called Soula Loop from way back in the 1960s is now labelled Soula Close. It might well be that from the layout of the street, the correct language to describe that street would be a close rather than a loop, but surely there must be a better reason for such a dramatic change?

What are house owners supposed to do about their legal documents that list their addresses as 16 Soula Loop and they discover overnight they are now 20 Soula Close?

The NABCO property address people seem to think that the project they are delivering to the public is such a novelty, we would accept whatever they offer us. It seems we are expected to accept our addresses being changed overnight once they tell you this is a government initiative and it is free and you don’t need to pay for it.

The cavalier attitude towards a dramatic change of address can only mean these are people who, in spite of working in a digitalisation project, really think in terms of the blue kiosk option.