Strengthening accountability at the local level: the story of GSAM 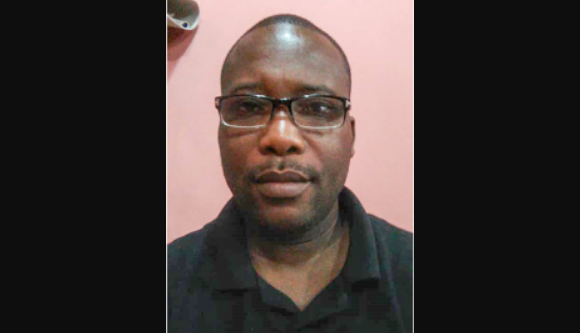 In 1988, Ghana launched a comprehensive local government and public administration reform to help spread development across the country. The reform envisaged decentralisation with a decentralised legislation and governance system at the local level.

The lack of a full fiscal decentralisation and low levels of citizen participation has, however, often been a challenge.

This and other challenges notwithstanding, the government and development partners – both local and international – have always sought ways to improve upon the system. One of such has been the Ghana Strengthening Accountability Mechanism (GSAM) sponsored by the USAID and which has been utilised in 100 metropolitan, municipal and district assemblies (MMDAs) since 2004.

GSAM is managed by a consortium of two – CARE International and ISODEC – with the objective to invigorate social accountability at the local level.

The intervention, according to the implementers, is to get citizens well informed about their rights to demand accountability and enhancing their capacity to participate and monitor development projects and service delivery in their communities.

The Local Government Act, 2016 (Act 936), which seeks to enhance citizens’ participation and social accountability at the local level, can be said to have not achieved much of this objective over the years.

But GSAM’s activities are meant to bridge this gap and, as a result, has been able to reach out to about 200,000 citizens and indirectly to about 2.5 million more with interventions on citizen participation across 100 MMDAs, an official said.

Through its activities, it has reached out to about 2,500 communities with interventions that include citizen sensitisation on participation.

As explained from a beneficiary perspective at Nyankpala in the Tolon District of the Nothern Region, the female beneficiary said: “Before the advent of GSAM, we never knew that we have roles to play in the district assembly's capital projects activities. GSAM educated us on our rights, and helped the community to form a committee to monitor the construction of the Nizomiya LA Primary project. GSAM also supported the community to influence the district assembly to complete the project and keep the contractor in check.

“Initially, the contractor painted the building without doing the ceiling. The community monitors pressurised him, through complaint to the district assembly, to return to the site to do the ceiling. So, GSAM facilitated the completion of the Nizomiya LA Primary School. But it also took away the ‘fear of contractors’ in some other communities.”

That may well be a huge burden lifted off the backs of these citizens who fear powerful contractors in their communities, as narrated by a retired educationist from Sandema in the Builsa North District of Upper East Region: “GSAM is a very good project because it has empowered the people to ask questions that they used not to. Citizens were afraid of contractors, but GSAM has made this a thing of the past”.

According to the implementers, the activity monitored over 387 development projects across 100 districts, and this led to the reduction in the number of abandoned projects from 33 per cent to eight per cent in the relevant districts.

To sustain this, they have built the capacities of about 5,882 community development monitors (CDMs) who are currently serving as development liaisons and leading monitoring activities in their communities.

These monitors were trained on basic project monitoring skills as well as the use of community scorecards for monitoring development activities. The use of the scorecard approach as described by implementers ensured that citizens, particularly women and the youth who have usually complained about being left out in decision making in their communities, were empowered and actively participated in activities in their communities.

“The impact of this kind of intervention has taken some time to come,” said the GSAM official, admitting they had noticed positive changes in citizens’ demand for accountability and the MMDAs’ responsiveness to these demands as they envisaged from the outset.

“Our independent evaluation shows that in the GSAM intervened communities, local assemblies now spend an average of additional three hours in responding to community concerns than before,” said the GSAM Deputy Chief of Party, Mr Samuel Addai Boateng.

The activity undoubtedly has helped to strengthen existing systems. However, there are renewed hopes that the GSAM concept and best practice would be sustained.

“We set out to support the local government system and we have realised that it is not easy to achieve the kind of behavioral change we are seeing, but it is all about being able to sustain these gains. We hope that they will continue to use the structures and concepts of GSAM,” another official added.

It is obvious that GSAM has achieved successes, but to sustain them in the districts is the key objective. And if the story about the GSAM and the local government system has any lessons, it is the effort by all stakeholders trying to make it work.

The writer is the Public Policy and Advocacy Specialist of GSAM