Nuclear power to the rescue as traditional energy sources plateau 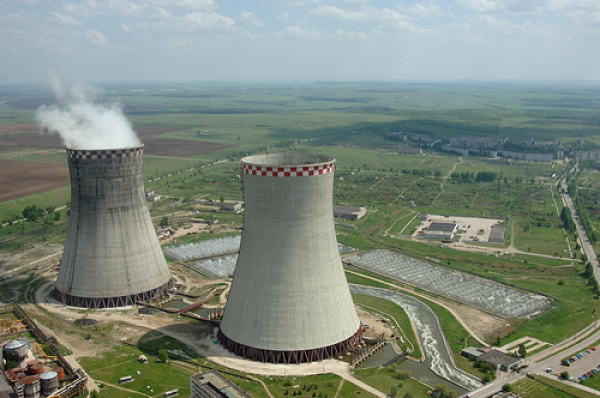 The growing appetite for nuclear power is to help avoid a repeat of a six decade old dilemma, when the influx of factories just after independence caused energy demand to outstrip supply, then resulting in the demise of most of the factories.

With plans afoot to build a factory each in the 254 districts nationwide, the Ministry of Energy forecasts that traditional energy generation resources – gas, petroleum and hydro-fired plants – will be inadequate, making nuclear the first port of call.

One nuclear power plant is capable of producing about 1,200 megawatts (MW) of power – slightly above a quarter of the national installed capacity of 4,674MW.

The Deputy Director of Nuclear and Alternative Energy at the Ministry of Energy, Dr Robert Sogbadji, told the GRAPHIC BUSINESS that forecasts showed that the country will require base loads to meet its development aspirations.

“According to our gas master plan, our gas resources will be dwindling by 2027. We have exhausted our large hydros. Our mini hydros will only give us up to about 200MW to 300MW. Solar is intermittent supply and so it has its role to play.

“However, for industrilisation, we actually need base load generation such as nuclear, coal and gas base loads,” he said.

Although gas base loads look tenable, he said it was only “based on hope,” making it unreliable.

The Executive Director of the African Centre for Energy Policy (ACEP), Mr Benjamin Boakye, said it was not clear “what is informing nuclear at this point.”

Given that the Ministry of Energy plans to import “significant volumes of gas” in the coming years, Mr Boakye said the country needed to be sure that “it is not just adding on to generation.”

“We need to have a plan that speaks to data so that we are not just building cost into the electricity tariff because when you build plants and you do not have use for them, you ultimately have to pay for them,” he said.

Despite agreeing to go nuclear since 1964, Ghana is yet to sign a deal with any of the vending countries to start commercial installation for energy generation. This is mainly due to lack of political will and the general piecemeal approaches to the energy challenges that face the country.

It appears this is now becoming history.

Beyond being a sustainable alternative, Dr Sogbadji, who is also the Coordinator of the Ghana Nuclear programme, said the country’s interest in nuclear energy was also bolstered by its environmentally-friendly and cost efficient nature.

As a result, he said the ministry was working hard to seal a good deal on nuclear power soon to help make energy sustainable.

He explained that although coal-fired electricity was also an option to the dwindling traditional energy sources, Ghana’s status as a signatory to the Paris Accord means that it could not use “a generational source that will pollute the environment.”

“So with our situation, we do not have a choice but to go nuclear and to also take advantage of our subregion by exporting,” he said.

The Paris Accord is a United Nations’ backed convention that bounds signatory countries to a global effort to reduce global warming to well below two degrees Celsius.

Unlike NPP, which are virtually emission-free, experts say coal-fired power plants emit large quantities of mercury, sulphur dioxide, nitrogen oxide and lead, which are dangerous to humans, other living things and the environment in general.

Since the 1960s, Russia has been a key ally to Ghana’s nuclear power agenda.

It was the vending country that advised the Kwame Nkrumah administration on the country’s nuclear power programme, which was thwarted in 1966, when his government was overthrown.

Dr Sogbadji explained that the government was close to signing a project development agreement (PDA) with the Russian State Atomic Energy Corporation (ROSATOM) for formal discussions on a deal to start.

He said although the signing of the PDA had faced some challenges, both sides were committed to ensuring that such nitty-gritties were ironed out to allow for the process to continue.

Similar discussions are also ongoing with China as part of a grand strategy by the government to weigh the financial and technical expertise of the two vendor countries before arriving at a best option.

It is expected that the country will sign a deal to develop two plants with a combined capacity to produce some 2,400MW.

Each plant costs between US$5 billion to US$8 billion and take an average of six years to complete.

It is understood that the nuclear project would include a power plant and a nuclear technology centre.

Dr Sogbadji said the center will come with a bigger research reactor to build human resource for the plant, produce radioisotopes for medical applications, material testing and research into other nuclear application technologies, among others.