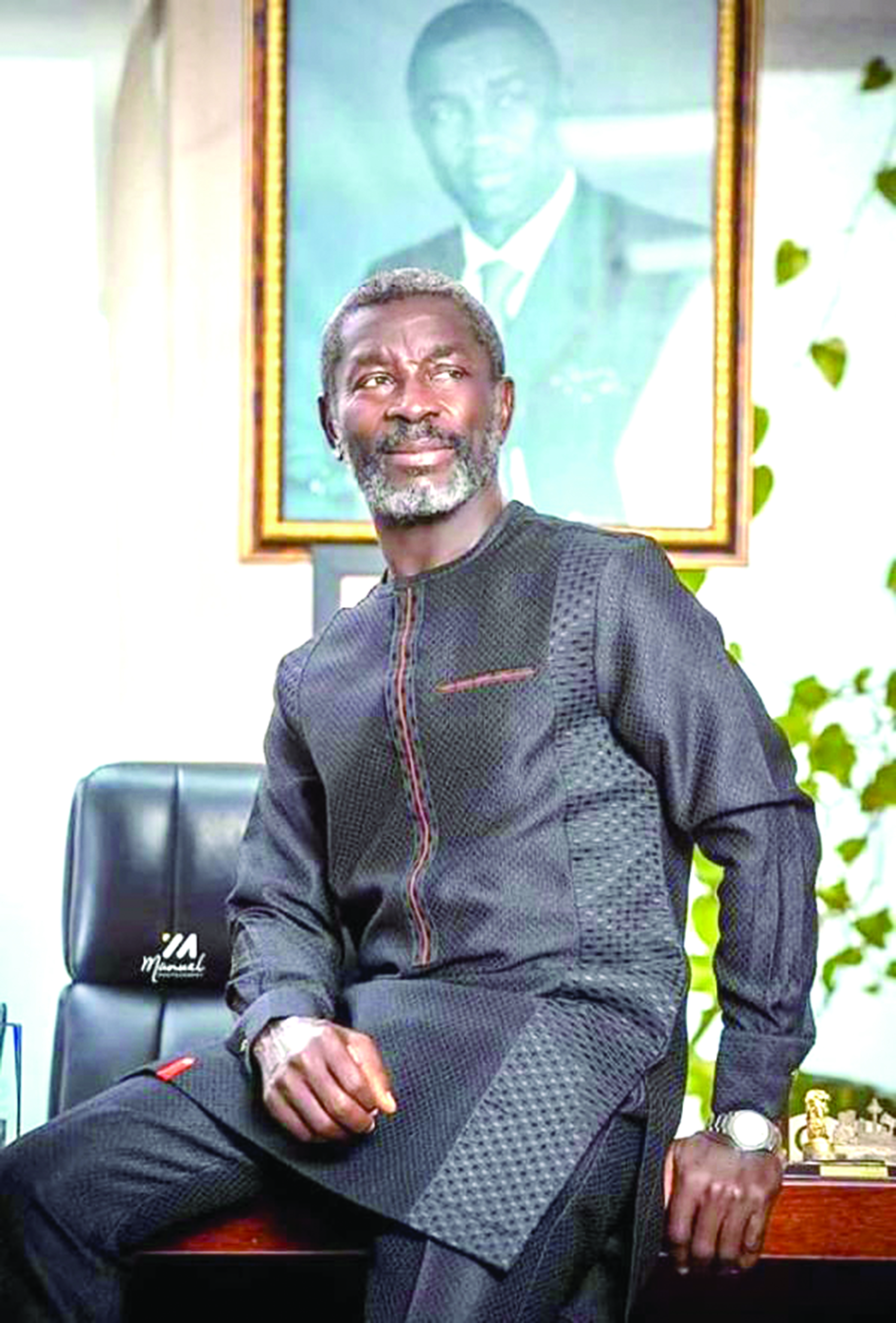 Entrepreneurship can be a tough and long journey for many people and while some may get lucky and succeed the first time, others have to keep trying until they succeed.

It is, therefore, imperative that young entrepreneurs get the opportunity to listen and learn from seasoned business people who have walked the journey of entrepreneurship.

It is for this reason that the Springboard, Your Virtual University, a radio programme on Joy FM, has embarked on a new series, “The Executive Hotline”, which allows young people to engage with chief executive officers, captains of industry and heads of institutions.

Making an appearance on the show, Co-founder and former Chief Executive Officer of the erstwhile UT Bank, Mr Prince Kofi Amoabeng, unpacked his entrepreneurship journey; how he got into the military, how he went into business by default, how he was moved by passion to start UT bank, and how some people close to him betrayed him by taking some decisions that hurt the bank.

He said after university, he had no idea of where his life was heading and resorted to drinking and night life.

“My life was not anything good to write home about. I will just close from national service work and go drinking but I took a decision to be a bit disciplined. The scholarship I was hoping to get didn’t come through so I applied to join the army. It was self-introspection which took me to the military,” he stated.

He said when he joined the military, he loved it there and had no plans of leaving.

He noted that events of the June 4 revolution and other issues, however, gave him a second thought, which made him quit the military.

Going into business by default

Mr Amoabeng said he walked out of the military without a plan B and there were also no jobs at the time.

He said that was what led him into business by default.

“I didn’t have anything to do so my next door neighbour who was a business man became my very good friend. I became his assistant in selling calculators. He later registered a sawmill and asked that I should be part of it. Those days, business people were afraid of soldiers and what they could do to them but because I came from the army, I didn’t have any fear for the soldiers so I was sort of protecting him and also learning how to do business from him,” he explained.

He said for about 15 years, he was in the business wilderness, learning all kinds of businesses.

“I started from buying and selling, then we went into sawmill, then I broke off with my partner, but before we broke off, we were into so many businesses, ranging from air condition business, construction, oil business and importation of wine, which got me into trouble. I did almost everything and all these were to actually prepare me for what I had to do,” he noted.

He pointed out that the 15 years of doing all kinds of businesses and failing in most of them and starting new ones offered him some great lessons and training which helped him when he started UT Bank.

Mr Amoabeng said it was a challenge that he faced as a business man which led him to start UT Bank.

“I could have made money earlier because I had lots of opportunities, but I realised that there was always a stumbling block and that was funding. When you are able to create the business, you need funding to back it up and it was difficult.

“It got to a point where it hit me that instead of being turned down all the time, why don’t I find a way of using my background as a chartered accountant and expertise in administration and management to rather help the people who are like me and need funding,” he narrated.

He said he decided to change the narrative and that was what led him into starting UT Bank.

“This is what I normally describe as “The call”. I think we all at a point get the call, where something irritates you and gives you sleepless nights. It’s a call for you to do something about it if you have what it takes to do it. All the other businesses that I was doing, I wasn’t passionate about them and I was just doing them because the margins were good but when you have a business which is a call, which you want to do to change the effect on humanity, that brings the passion,” he noted.

Mr Amoabeng said UT bank decided to do things differently, noting that they had to ensure they were delivering products and services that were different from what people were already doing.

“I started UT because there was a problem I was facing and I knew many people were also facing it and we gave the banks a run for their money at some point in time.

“When we were at our peak, every bank was discussing the UT phenomenon in their board room,” he stated.

He said what made UT Bank stand out was its loan in 48 hours, which was its biggest unique selling preposition.

Mr Amoabeng pointed out that while he believed in systems and institutions, he also believed more in people, noting that some people he trusted, both internally and clients, betrayed his trust, which hurt the bank.