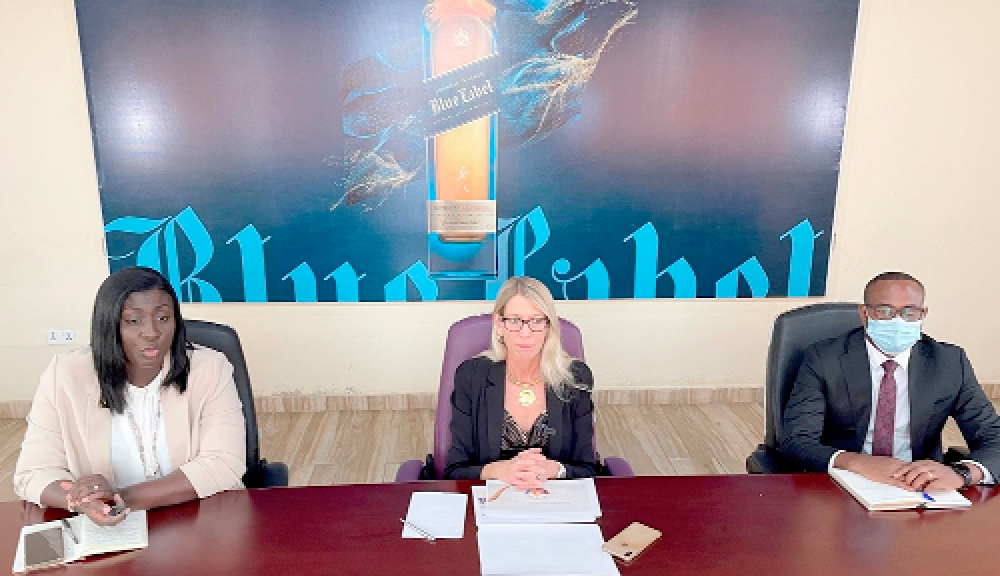 Guinness Ghana has said it remains focused on delivering on its core mandate and keeping its foundation strong, despite the prevailing macro-economic challenges the country faces presently.

According to the beverage company, it continues to invest in elements that are important for the future as it believes in the resilience of the Ghanaian economy and its people.

Speaking to investors, shareholders and members of the press during an investor call organised in conjunction with the Ghana Stock Exchange, Managing Director of Guinness Ghana, Helene Weesie, said: “We just need to weather these storms and get back to the foundation of our business, which is strong. These circumstances are temporary, but the business remains focused on delivering its core mandate.”

“We started the year strong, and we had a particularly good first half. I must say, however, in the second half, a lot of the good work that we did in the first half was erased due to dire economic circumstances.”

“From February, we saw the Cedi heavily depreciating, we experienced rising inflation and significant increases in costs as consequence. As a business, we have tried to price against that but that erased most of the benefits and gains that we made in the first half. Overall, I will say it has been a tough year and although we ended better than the year before, it was not at the level where we wanted,” she stated.


Shedding light on the performance of the business, Finance Director Justin Mollel said the company in 2021 invested £26 million on a new brewhouse, and this had increased production capacity by 25 per cent.

“This investment has really expanded our production capacity and made it possible to brew with sorghum, a local raw material, in Achimota, which we were not able to do previously.”

“We have strong brands and the equity of our flagship brand; Guinness Stout, is strong; same for Malta Guinness,” he stated.

For her part, Corporate Relations Director of the company, Sylvia Owusu-Ankomah intimated the company’s continued investment in the people and society.

She said: “As you may know, perhaps the sorghum harvest of the last year was not that fantastic, and we've been working closely together with our farmers to ensure a better harvest for this year, which we can use in our breweries.”

“We remain closely connected to the local communities, helping the farming community to set up their farms and ensuring we off-take the produce to make our great brands for our consumers. Though it was a challenging year, we delivered on our Society 2030 commitments,” she said.