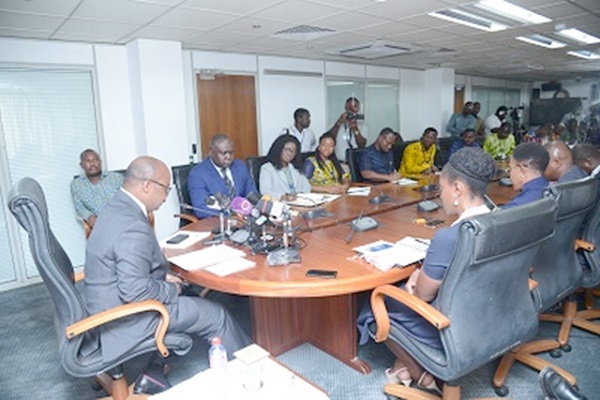 THE Bank of Ghana (BoG) has defended the strategy it uses to fight price increases in the economy, insisting that its inflation targeting (IT) mechanism had served the country diligently.

The Governor of BoG, Dr Ernest Addison, said at a press conference on May 23 that in spite of the pockets of inflationary pressures in the country, the IT policy had been effective and beneficiary in keeping inflation down.

Dr Addison mentioned the reduction in the inflation rate from double digits to single digits around 2010 and 2018 and the sustained reduction in price pressures as evidence that the mechanism was the best option for the country.

He, therefore, dismissed suggestions that the country, through BoG, should abandon the IT policy, which was introduced in 2002, for a broad-based strategy that could tackle inflation from the supply side.

The Governor, who is also the Chairman of the central bank’s Monetary Policy Committee (MPC), was responding to concerns by the public and some experts that the latest trend of inflation was indication that the IT mechanism had outlived its usefulness.

At a press conference on May 17, economic policy think tank, the Institute for Economic Affairs (IEA), said the IT framework had been largely ineffective in fighting inflation.

It, therefore, urged the central bank to consider replacing the framework a policy tool that was conscious of the supply side causes of inflation.

The Head of Research at the Institute for Fiscal Studies (IFS), Dr Said Boakye, has also said on countless occasions that the IT was largely ineffective in tackling inflation.

Dr Said explained that in the long run, the increments in the policy rate aided inflation by causing interest rates to go, which would feed into price pressures.

The economic researcher, therefore, called for a tampering to the policy to make it responsive to current developments.

In response, BoG’s Governor said the IT framework was effective in combating inflation.

“We think that the IT has been very effective in Ghana,” he said.

“Until recently, we had inflation in single digit and we were even going to recommend for a lowering of the target from eight per cent plus or minus two to around six per cent until all of these COVID-19 pandemic and the Russia/Ukraine crisis came to distort the trend,” Dr Addison said at the MPC press briefing.

“So, for us, the framework has been effective,” he added.

Dr Addison explained that the bank’s forecast showed that inflation would revert to the target zone in 2023.

“Inflation is a canker, it affects the poorest most and this is why the MPC has taken the decision to be decisive and do all that we can, using the tools at our disposal, to bring it down as quickly as possible,” the Governor said.

On why the MPC did not raise the policy rate above Treasury bill rates and inflation, the Chairman of the committee said the bank did not need to be “chasing inflation”.

“If that is what we were targeting, we would have raised the policy rate above inflation and the Treasury bill rates.

“But we are being gradual and we are increasing the policy rate in a way that we expect inflation to respond.

“One can argue that it is good that we are seeing short-term rates (91- and 182-day bills) responding to our policy measures because it shows that there is a transmission.

“We are seeing the transmission between the policy rate and the short-term money market instruments and it is an important way of influencing aggregate demand,” he added.