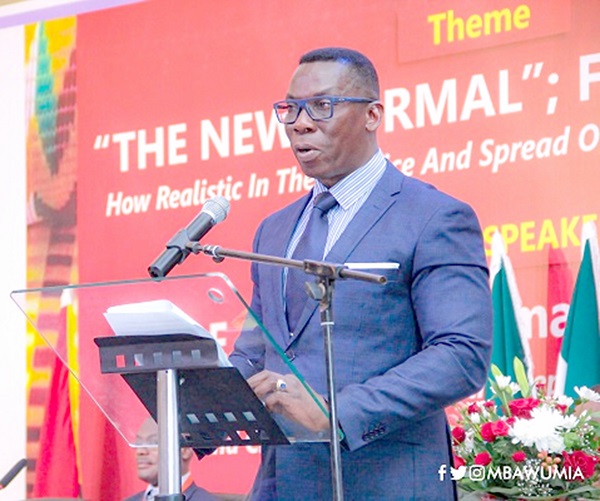 THE Commissioner of Insurance, Dr Justice Yaw Ofori, has urged motor insurance companies to collaborate with the Ghana National Bureau of the ECOWAS Brown Card Scheme to ensure the speedy processing and settlement of cross-border claims.

That, he said, would be in accordance with the protocols and harmonised convention for motor victim compensation under the scheme.

The ECOWAS Brown Card Insurance Scheme Protocol (A/P1/5/82) was adopted and signed by the Heads of States of governments of ECOWAS in May 1982.

The scheme is anchored on the key objective of economic integration and the free movement of persons, goods and services across the sub-region.

Its main objective is to ensure prompt and fair compensation to victims of motor accidents caused by non-resident motorists travelling across ECOWAS member states, which leads to deaths, injuries and property damage.

The Ghana Bureau on the other hand is an agency of ECOWAS which is primarily responsible for the handling of cross-border claims for third party motor liability insurance and also in charge of issuing Brown Cards to motor insurance underwriting companies in Ghana.

Speaking at the 40th anniversary celebration of the scheme, Dr Ofori noted that the delays in the processing and payment of claims under the scheme was not the best and therefore urged the insurance companies and the Ghana Bureau to work together to improve this.

“We recognise the challenges associated with prompt and fair compensation to victims, and as regulators, we will continue to collaborate among ourselves to ensure that these bottlenecks within the scheme are addressed.

“On my part as the Commissioner of Insurance, I will continue to work with the Ghana Bureau to ensure that victims of cross-border motor accidents receive what is due them,” he assured.

The Chairman of the Ghana National Bureau, Henry Bukari, in his welcome address, said the bureau had developed strong relationships with various stakeholders including the National Insurance Commission, the Chartered Insurance Institute of Ghana, Ghana Insurers Association, police, among others.

He said these collaborations had produced some significant accomplishments.

He noted that the bureau, in partnership with the NIC, had been able to implement the automatic issuance of the Brown Cards and also integrated the cards into the Motor Insurance Database (MID) system.

“This system is an innovative online platform implemented by the regulators to curb the phenomenon of vehicles with fake motor insurance stickers plying our roads.

“Such an integration will not only enhance the motor claim process among member states, but will also provide a platform to authenticate the validity of motor insurance policies,” he stated.

Going forward, he said, the bureau intends to digitise its system in the issuance and authentication of the Brown Cards.

Mr Bukari said the Motor Traffic and Transport Directorate of the Police Service also remained an important stakeholder in the operationalisation of the scheme.

“They ensure that foreign motorists who ply our roads respect traffic rules and also carry the requisite Brown Card. The bureau, over the years, has supported the MTTD with training and other equipment to aid their work, which has resulted in a positive road safety outcome on our roads,” he stated.

In a keynote address that was read on her behalf, the Minister of Foreign Affairs and Regional Integration, Shirley Ayorkor Botchwey, said the government was committed to the introduction of a supplementary Act to the scheme.

She said this was to help consolidate the gains made by the scheme.

“The supplementary act was adapted in June 2021 under the leadership of President Akufo-Addo, and with this new development, the future seems bright for the scheme,” she said.

“The Ghana National ECOWAS Brown Card Bureau is working with officials from my ministry and other key national stakeholders to rectify, as well as domesticate the new act,” she stated.