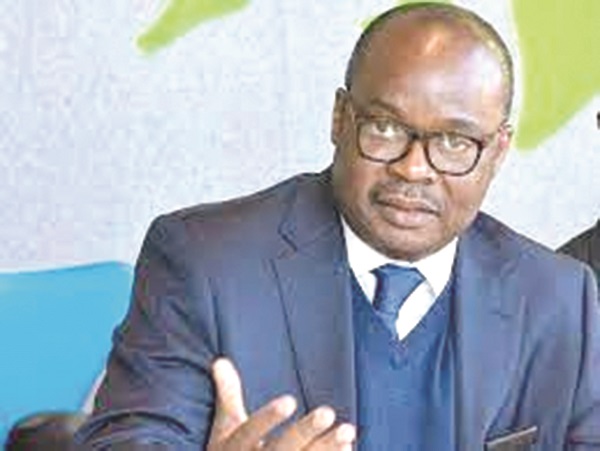 BANKING and telecommunications sector players have started separate assessments of the potential impact of eCedi on their operations.

The outcomes are to enable the two major players to map out strategies to maximise the gains and minimise the challenges that the digital cedi could pose to their businesses.

Dr Ashigbey and Mr Awuah said of particular interest would be to assess the potential impact of the central bank digital currency (CBDC) on mobile money (MoMo) services to both banks and telcos as well as the possible effects on cash management among the lenders.

They said the study would also seek to understand the ecosystem and the general operational structure of the eCedi to help prepare members to participate fully in the rollout.

The two CEOs of the umbrella groups added that the outcomes of the assessments would inform the approach that banks and telcos should adopt in the lead up to the rollout of the eCedi.

Information on the assessment followed the commencement of a pilot rollout of an offline version of the digital cedi at Sefwi Asafo, a farming community in the Western North Region.

The Governor of BoG, Dr Ernest Addison, said on May 30 that selected consumers in that community had started using the country’s digital currency to purchase goods and services, including food.

Dr Addison said the users, mostly inhabitants of the largely farming community, were the privileged few chosen to pilot the eCedi that the central bank had been betting big on to help expand financial inclusion and drive up digitalisation.

The Governor explained that the bank deemed it necessary to test an offline version of the eCedi “that can be used for consecutive payments between individuals and merchants, where there is no connectivity infrastructure, just like cash

The CEO of GTC said the chamber was aware of the pilot process, with Vodafone being the telco among the participating institutions.

“We have had some engagements with the regulator on the entire thing, including the pilot. With any new technology, there are positives and negatives and that is what we are trying to understand more,” Dr Ashigbey said.

“I am trying to get my members to look into the whole concept and see what it holds for us. Vodafone too will share its experiences for us to see what to improve upon,” he said.

He added that while the eCedi presented opportunities to the telcos, it also presented challenges, hence the need for a comprehensive study into how it could affect the telecom industry.

On the potential impact of the eCedi on MoMo, the CEO of the GTC said it was too early to say.

“That is why we want to study it and see. The eCedi can have an effect on MoMo operations but there are ways that it can be deployed for MoMo to benefit, especially in the areas of settlement,” Dr Ashigbey said.

For his part, Mr Awuah of the GAB said banks saw the CBDC as beneficial to their operations and where putting in place efforts to maximise the gains.

The CEO of the association said digital cedi would complement the cedi notes, thereby impacting currency management of banks.

He said the increased use of the eCedi could lead to a reduction in the currency management costs of the lenders as less banknotes would be processed and carted around.

“It will help drive the cash-lite society too. Again, people will have the tokens of the eCedi on their phones, not physical cash, where they can be subjects of attack.

“It will help with distribution of bulk cash. If you need funds in Tamale, you do not have to transport bulk cash there. You can just request the amount in the digital form, and it will be sent,” he said.

These notwithstanding, Mr Awuah said, banks were not sure of the full impact of the eCedi on their general operations.

Consequently, he said: “We are still assessing its impact, including on MoMo and the likes.”

When asked if the eCedi could impact negatively on MoMo, Mr Awuah said: “I will not say it is going to complement MoMo. The cash in and cash out may be affected because this is fiat cash and you cannot withdraw.

“It will not replace MoMo. I do not see eCedi reversing or cannibalising MoMo but that is why assessment is being done to study the impact.

“We are commissioning a report on it. We are just trying to understand the ecosystem to see how it will affect our operations,” the CEO of the GAB said.