Businesses advised to take advantage of AfCFTA and NEDS 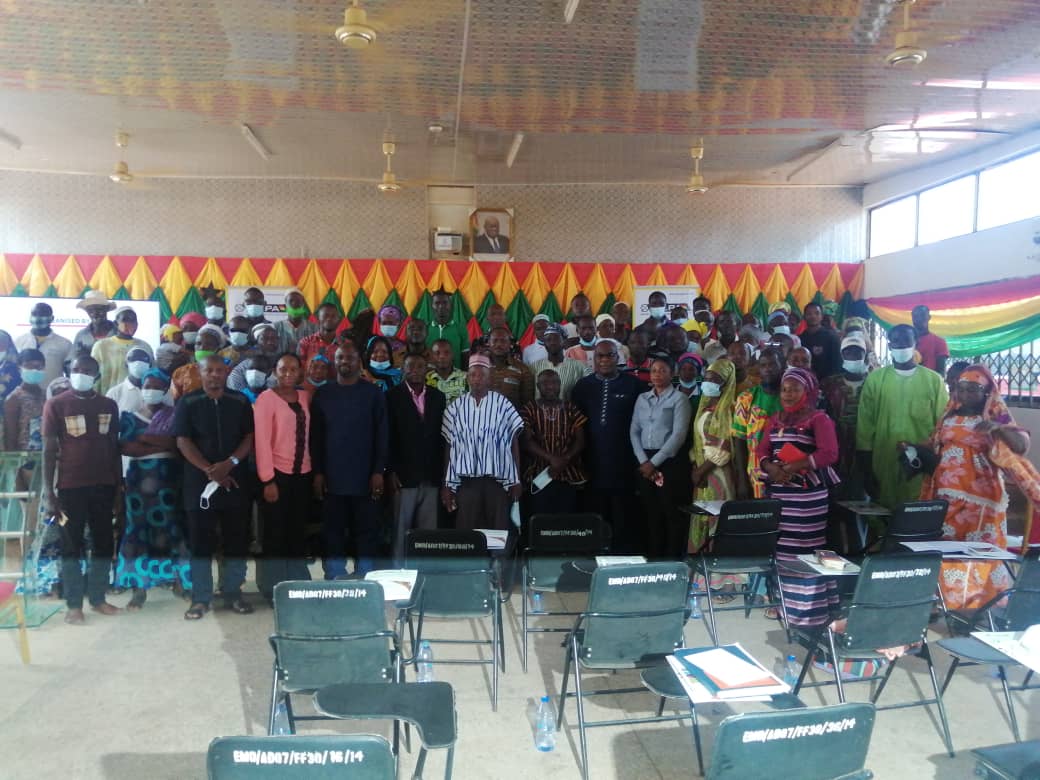 Participants at the conference in Gambaga
30.5k Shares

Businesses in Ghana have been advised to diversify and add value to their products to enable them take full advantage of opportunities offered by the implementation of the African Continental Free Trade Area (AFCFTA) agreement and the new National Export Development Strategy (NEDS).

The Chief Executive Officer (CEO) of the Ghana Export Promotion Authority (GEPA), Dr Afua Asabea Asare, noted that the AFCFTA offered stakeholders in the business sector the opportunity to expand their markets and trade with other African countries to reap maximum benefits through the implementation of the interventions of NEDS.

The CEO gave the advice in Gambaga in the East Mamprusi Municipality of the North East Region in a speech read on her behalf by the Deputy CEO in charge of Human Resource and Administration, GEPA, Mr Albert Kassim Diwura during a regional conference on the implementation of the AFCFTA agreement and NEDS.

The nationwide exercise under the theme, “Empowering Ghanaian businesses to harness the benefits of the AFCFTA agreement under the framework of the NEDS” was jointly organised by the Ministry of Trade and Industry (MoTI), GEPA and the National AFCFTA Coordination Office.

The engagement, which brought together business operators in various sectors of the economy across the region, was to sensitise and encourage Ghanaian business players on the need to increase production, add value to their products and harness the potentials of the AFCFTA when it starts in January 2021.

The NEDS Dr Asare noted that, NEDS, which is a 10-year policy document was meant to empower businesses in Ghana especially those in Non Traditional Exports (NTEs) sector to diversify production and contribute to the country’s industrialisation agenda.

Therefore, the regional conference was to enlighten the business community on some of the products Ghana had comparative advantage over other African countries and how NEDS interventions could empower the private sector to boost their market and trade opportunities to contribute to the national development agenda.

“Within the next 10 years of implementation of the NEDS and AFCFTA, the country is expected to increase earnings of NTEs to about US$25.3 billion from the current US$2.8 billion. Each district is expected to identify one exportable product and invest in to provide the needed raw materials to feed the factories being established under the government’s flagship programme, One District One Factory (1D1F),” she said.

The Technical Advisor, Industrial Parks And Special Economic Zones, MoTI, Dr John-Hawkins Asiedu, explained that when the AFCFTA was fully implemented, it would be the second largest trade bloc with a single market of about 55 countries which has population of over 1.2 billion and a combine Gross Domestic Product of US$3.4 trillion.

“It is worth noting that the agreement, when fully implemented has the potential to boost intra-African trade by as much as 52.3 per cent by 2022 and this could double as non-tariff barriers are eliminated,” he stressed.

He indicated that so far about 54 out of 55 countries have signed and 33 have ratified and reiterated the commitment of government to ensuring that businesses in Ghana benefitted fully from the AFCFTA agreement.

He said, “AfCFTA National Action Plan and National Export Development Strategy (NEDS) have been developed as a framework for revitalising our export development efforts with a strong focus on the African Continental market.”

The Deputy North East Regional Minister, Mr Tahiru Tia Ahmmed, noted that the construction of the Pwalugu Multipurpose Dam in the region that would benefit about 24,000 hectares of irrigable land would enable the indigenes to increase and diversify production in areas of agriculture, tourism, and craft, and take full advantage of the opportunities of AFCFTA.