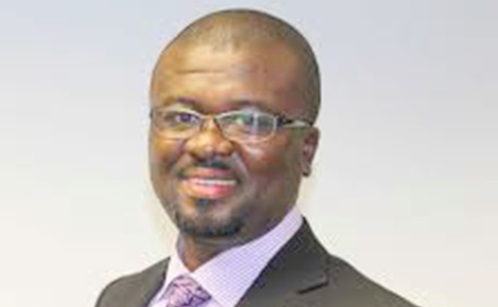 At the peak of the COVID-19 pandemic, Mr Kwabena Ampong Kutin-Buah, a PhD student in Scotland found himself in coma for 40 days with two different types of COVID-19, a malfunctioning kidney, pneumonia, and a liver problem.

All hopes of his survival were lost when the doctor treating him told his family to prepare for the worse since it was not possible for him to make it.

However, Mr Kutin-Buah, managed to pull through after 40 days in coma and this week on Sunday November 14, he appeared on the Springboard, Your Virtual University, to tell his incredible story and dramatic drawn-out battle with COVID-19 in a Scottish hospital.

He said this whole experience first started in December 2020 after returning from a five-day holiday in Ghana.

He said the first sign was when somebody coughed in the hall in their home in Scotland and he immediately told his pastor friend COVID-19 had entered the house.

When COVID-19 started, he said he was one of the few preachers who was out there debunking conspiracy theories and encouraging people to take care of themselves.

“I did videos during the lockdown to encourage people to take care of themselves and following the trends of the COVID-19 situation across the world.

“I was in Ghana then and when the borders opened, I left the country to go and continue with my education in Scotland,” he stated.

He said despite being very cautious within that period, he still contracted the virus.

“Three days after I left Ghana, I started coughing so I called my sister who is a doctor. When I came to Ghana for five days in December, she gave me some medications so I started taking them but the more I took the medication, the more I became sick.

“We had a family friend in Glasgow whom I spoke to but she told me she was off, other than that, she would have sent me some medication. My health was fast deteriorating and on the night of January 3, 2021, I coughed and saw particles of blood in it so I became alarmed and called an ambulance,” he narrated.

He said the ambulance arrived within 12 minutes to pick him up to the Victoria Hospital in Scotland.

“When I got to the hospital, they took me to an isolated ward and took some blood samples, did an X-ray and MRI. The weather was cold and the room was terribly cold but when I cover myself then they will take the blanket off because they said my temperature was too high and did not have to cover myself,” he stated.

He said in the morning, he got alarmed when the nurses were attending to him because their faces were not encouraging and were not telling him anything.

“Later during the ward rounds, doctors came and one doctor looked at me and told me I have tested positive for COVID, I have pneumonia, my liver functioning is deranged and my kidney is malfunctioning.

“He then told me the aggression of the COVID-19 infection that I had is so great so they have called in other guys from Oxford University to come in and take my blood samples for testing,” he recounted.

Mr Kutin-Buah said he started having difficulties in breathing and was given a nebuliser and moved to the Intensive Treatment Unit (ITU) on January 6, 2021.
He said despite the situation that he found himself in, he was never scared as he was very confident he was going to make it.

“I could still talk around that time and was not afraid. I knew I would be fine and there was never a dent of fear in me. I was very confident that I would be fine.

“In the ITU, they cut my wrist and inserted a tube in there. When I asked the doctor why, he said this was to enable them to still have access to my system when I go off,” he stated.

He said a lady from Oxford finally came in to take in his blood samples, after which he was told he had two strains of COVID-19.

“I was told it got worse, my oxygen level dropped to 10 per cent, kidney failed, liver gone, pneumonia upon pneumonia so they told my family to prepare for the worse and that I won’t be able to make it,” he stated.

Mr Kutin-Buah believes he largely made it due to the prayers from his family and loved ones.

“As soon as I went into coma on January 7, my brother-in-law established a 24-hour prayer group so every hour, somebody was praying. Churches were praying, my father informed other churches and they were all praying for me,” he said.