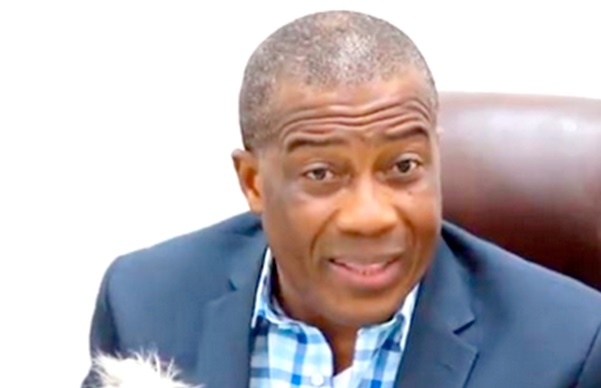 A private lottery operator, Alpha Lotto Limited, is on a collision course with the National Lottery Authority (NLA) over the legality of its operations.

While the company says it is complying fully with the NLA and is registered and licensed, the NLA has categorically stated that Alpha Lotto is flouting the law and could face sanctions.

The management of Alpha Lotto Limited said per the NLA's license, it was operating its own games under Act 844 (2012), on independent platforms and marketing them through its shortcode *896#.

It has, therefore, refuted a statement put out in the media by the NLA that created the impression that by advertising its shortcode among other things, it is engaged in fraudulent activities.

A Lawyer and Consultant for Alpha Lotto Limited, Dr Ato Conduah, told a press conference in Accra yesterday that with the advent of technology, the company had had to use a shortcode to engage with its customers, especially when there was a ban placed on writing lottery booklets.

According to him, the company duly acquired the shortcode *896# from the National Communications Authority (NCA), which was quite different from the NLA's *959#.

In a statement issued last Sunday, the NLA informed players of its products and services and the media that its only operational and functional official shortcode in use was *959#.

It said any other platform operating digital lottery shortcode “is fraudulent and illegal” and that a lot of investment had gone into developing and running the official NLA short code *959#.

Meanwhile, the NLA came out some three hours after the press conference to state firmly that Alpha Lotto Limited was licensed to operate the VAG lottery under the Veterans Administration, Ghana Act, 2012 (Act 844) dated 1st day of July 2020 regulated by Act 722.

It said under the Terms and Conditions of the license, Alpha Lotto had no right to operate its own games without authorisation from the NLA as the regulator of the lottery industry.

“As it stands now, Alpha Lotto Limited has no approval from the NLA to operate its own games. There are processes, procedures, criteria and requirements an operator must fulfil before it can operate its own games under strict compliance with the rules and regulations of the National Lottery Authority(NLA).

“Alpha Lotto Limited has no right under the license issued to the company to operate its own independent platform without approval from the NLA as the regulator.

Again, it said there was nowhere in the agreement that Alpha Lotto Limited could conduct its own independent draw without supervision from the NLA.

It said failure to comply with the directive would attract sanctions, including revocation of the company's license under Act 844.