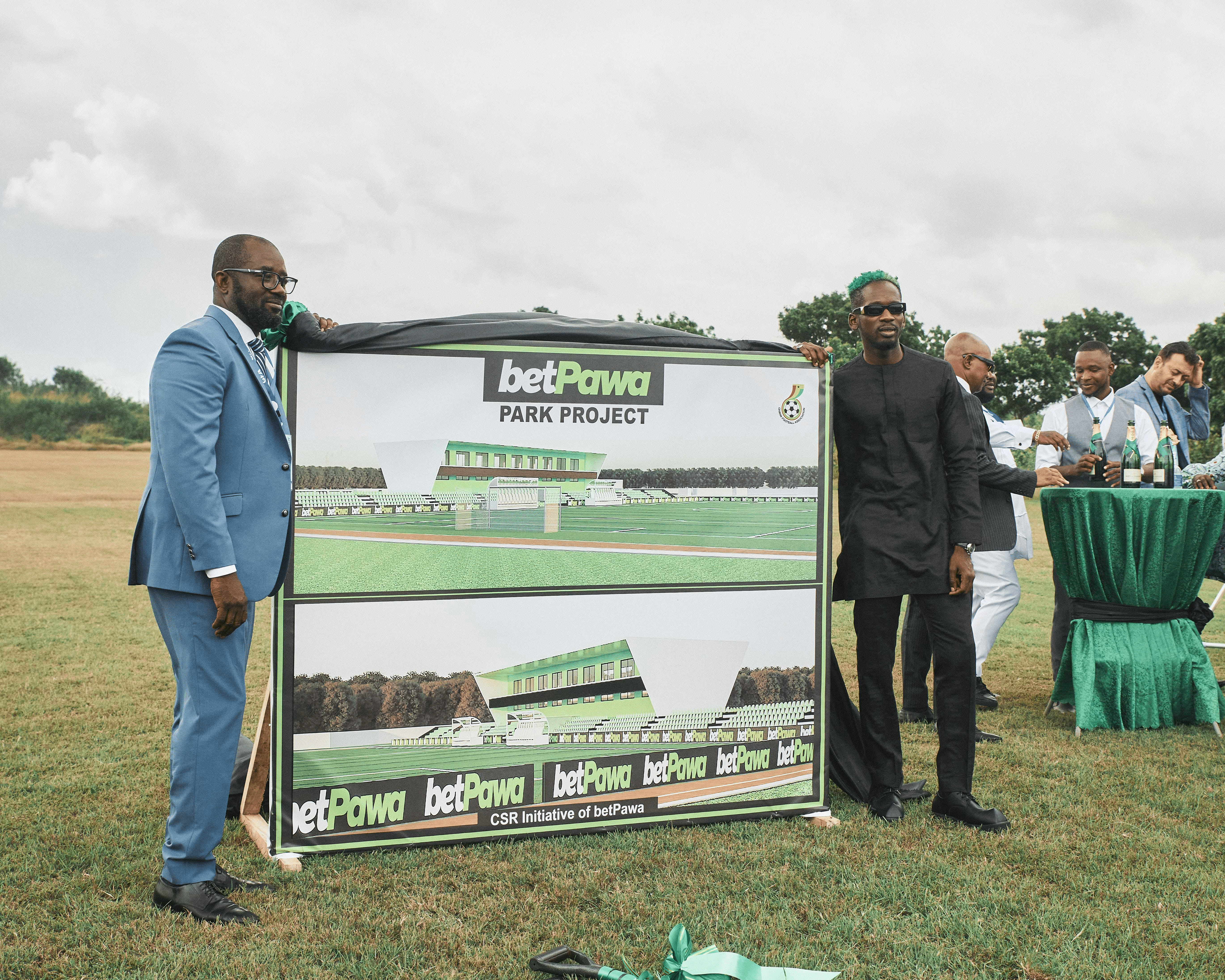 Officials of Premier League Sponsors betPawa and the Ghana Football Association have cut the sod for work construction works to commence on the betPawa Football Arena at the Ghanaman Soccer Center in Prampram.

Mr. Kurt Edwin Simeon-Okraku, President of the Ghana Football Association expressed his excitement regarding the project and applauded betPawa for the initiative.

“This is a novelty in sports sponsorship in this country and I call on other corporate companies to emulate this shining example”. Mr. Okraku said.
betPawa is committing an amount of $300,000 yearly of its sponsorship to the legacy project and it is expected to be completed within four to six months.

The sponsorship partnership with Ghana Football is hugely motivated by the company’s high appetite for growing and harnessing talents, creating opportunities and rewarding fans across its markets.

As part of its Corporate Social Responsivity agenda and quest to promote responsible gaming, betPawa provided IT equipments to the Gaming Commission and helped the Commission establish a Responsible Gaming Call Center ahead of the commencement of the betPawa Premier League. The leading online sports betting and gaming company has also organized CSR campaigns such as the Dream Maker and Win BIG, Give Back campaigns among many others activities to empower its customers economically and also help in imbibing the spirit of philanthropism in customers across its markets.