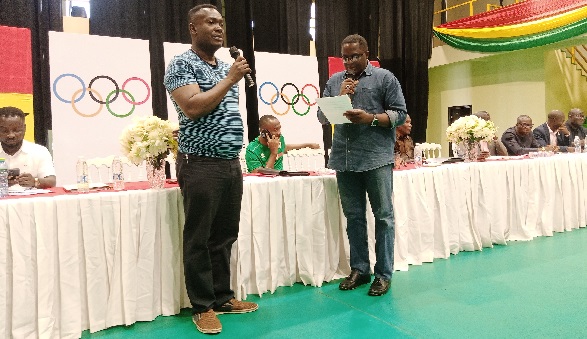 He beat the former Mayor of Accra, Mohammed Adjei Sowah, by 19 votes. Out of the 57 valid votes cast by the delegates, Mr Afadzinu had 38, while Mr Sowah got 19.

The by-election was necessitated by the demise of a former First Vice-President of the GOC, Paul Atchoe, which occurred earlier in the year.

Mr Afadzinu, who was later sworn into office by the President of the GOC, Mr Ben Nunoo Mensah, thanked the delegates for reposing confidence in him and vowed to work assiduously to make the GOC an efficient enterprise for the growth and development of sports in the country.

Mr Afadzinu recalled the historic feat chalked up by the nation at the Tokyo 2020 Olympics and stressed the need to build upon those gains in the future.

He stated that Ghana's 4x100m relay team also qualified for the final for the first time in 25 years.

"Four national records were broken at the Games - Joe Paul Amoah in the 200 metres, the quartet team in the semi-finals, Abeiku Jackson in swimming and Christian Amoah in weightlifting," he explained.

He expressed gratitude to the GOC President for the support he kept offering to the GOC and thanked sponsors such as Ashfoam, Twellium Industries Limited, Toyota Ghana and Cocoa from Ghana for their support.