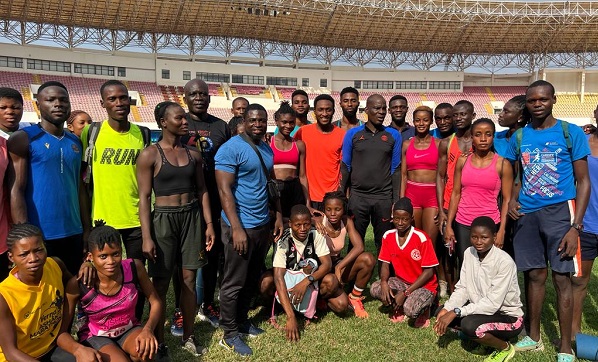 The Minority Leader in Parliament, Haruna Iddrisu, has paid a visit to the national athletes who are camping in Tamale in preparation for next year's World Athletics Championships.

Mr Iddrisu, who is also the Member of Parliament for Tamale South, spent time to fraternise with the athletes and encouraged them to train harder to make Ghana proud on the international stage.

According to a release by the CEO of the Ghana Athletics Association, Bawa Fuseini, the athletes were highly motivated by the MP's visit and pledged to work harder to win a medal for Ghana at the championships slated for Hungary next summer.

Bawa Fuseini, who was with the athletes during the visit, expressed gratitude to the MP for the gesture and promised that the athletes would use that as a motivation to train harder and perform better during the competition.

He said his outfit would engage Mr Iddrisu more for support and advice.

The training camp, which started five weeks ago, is expected to end on Thursday. It is being financed by the world athletics body to enable the athletes to get better preparation for the championships.