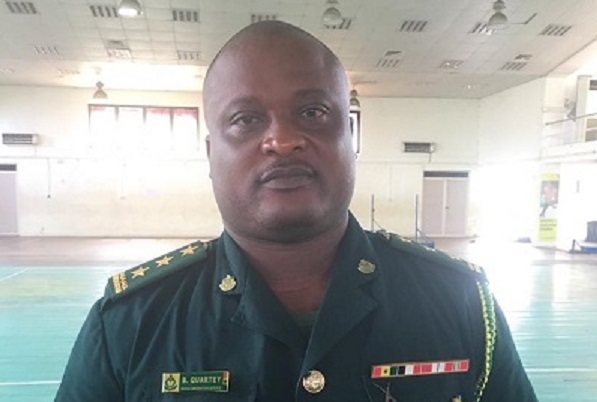 The President of the Ghana Boxing Federation (GBF), Bernard Quartey, has asked for increased slots for the national amateur boxing team in the upcoming Commonwealth Games.

He said the current nine slots allotted to the Black Bombers were inadequate, considering that more than nine boxers had high prospects of winning medals for Ghana at the games.

Mr Quartey indicated that the GBF would meet the Minister of Youth Sports, Mr Mustapha Ussif, on the possibility of  increasing the number of boxers at the Games.

He said out of the 30 boxers in the national team at the moment, it would be fair to give slots to half of that number since they all were capable of winning medals for the country.

“The nine slots are not enough. Boxing should be given similar support like football. We plan to meet the Minister of Youth and Sports to relay our grievances. We have a comparative advantage over the other disciplines. This because for the past two decades, apart from boxing, there has not been any other sport that wins medals for

Ghana in international tournaments,” he told the Graphic Sports.

"The attention given to the development of the sport is nothing to write home about. It would, therefore, be prudent if additional slots are given to increase the chances of winning more medals,” he added.

The GBF president revealed that after the trials held last Wednesday, 30 boxers were selected to begin the second phase of preparation, awaiting a pre-camp ahead of the 2022 Commonwealth Games from July 28 to

He stated that the pre-camping would be use to select the best nine boxers for the games.