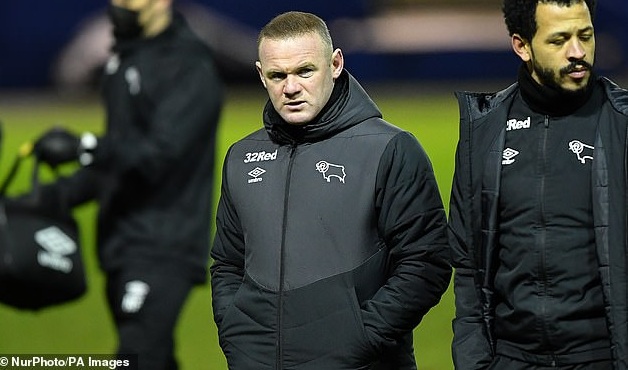 Wayne Rooney the football player is now a football manager after being hired by Derby County on a permanent basis.

The 35-year-old has signed a two-and-a-half year deal to take charge of the Rams until the summer of 2023. They are currently in the Championship relegation zone.

And as a direct result of the appointment, Rooney has announced his decision to retire from playing with immediate effect to concentrate solely on the role.

Rooney's retirement from playing brings down the curtain on an illustrious career in which he became record goalscorer for the England national team and won every conceivable honour with Manchester United.

Emerging as a precocious 17-year-old at boyhood club Everton, Rooney quickly became one of the finest players of his generation for club and country.

Shouldering an intense burden of expectation, he shone for England at Euro 2004 - his first international tournament - and then signed for Manchester United in a transfer worth £25million at the age of 18.

Rooney went on to become United's all-time record goalscorer with 253 goals in 559 games over 13 largely successful seasons in which he won five Premier League titles, the FA Cup, three League Cups, the Champions League and the Europa League.

He scored 53 goals in 120 games for England but was sadly not able to deliver the Three Lions long-awaited success at a tournament.

Rooney only joined Derby a year ago - joining on an 18-month contract as a player-coach from MLS side DC United.

However, his role changed in November when Phillip Cocu was sacked as Derby manager. As a result, Rooney became caretaker manager.

And after going unbeaten in seven of his nine matches during that spell, the Derby board have decided to appoint Rooney - signalling an end to his illustrious playing career.

Speaking on Friday shortly after confirmation of his permanent appointment, Rooney said: 'My whole life has been playing football, so I'm fortunate that I'm still part of it. It's a new chapter for me. Will I miss playing? Of course.

'But, time doesn't stop. I've had my time, it's time for the younger generation to have their time and for me to guide them.

'My future is in management. I've had a great career with a few ups and a few downs, but I wouldn't change anything.