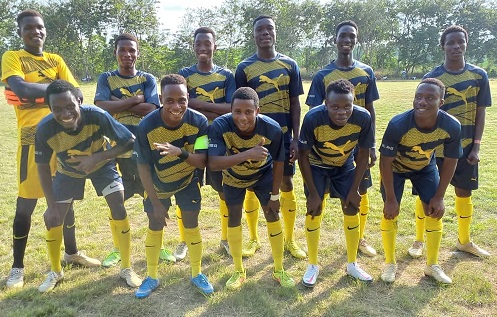 Third Division side, Dzodze Heritage, have been promoted to the second division after winning the zonal league in the Volta region.

The club which gained the promotion last Sunday beat Down Town FC 2-0 in a highly competitive game to top the Ketu North Division Three league table which consisted of 10 clubs.

Reuben Fiadowu opened the score line for Dzodze Heritage from a spectacular goal before Lucious Gideon provided the cushioning later to take the game away from Down Town.

The game was highly competitive as it attracted followers of the two teams to cheer the players up but at the end, it was Heritage who triumphed to bag the needed points to gain promotion.

Club owner, Mensah Conzy Agbavor, told Graphic Online that he was elated the team had gained promotion and was proud of the players for the effort they put in to win.

He said their target was to play in the Division One League in the next two years and ultimately make it to the Premier League.

Agbavor said unlike other regions with more than two Premier League clubs, WAFA was the only pride of the Volta region and believed with hard work they can also increase the region’s number of Premier clubs.

“Volta region also needs more than one Premier League club to give the people the opportunity to watch some of the top teams in the country such as Kotoko and Hearts.

“Apart from WAFA there is no other club from the Volta region that plays in the Premiership and it is about time we change it by working hard to ensure more teams from the region gain promotion to the elite division.

“This is what I am doing because I know our region deserves it and I hope soon the region can also contribute talents to the national team”, Agbavor said.