Referee Morrion out for eight games 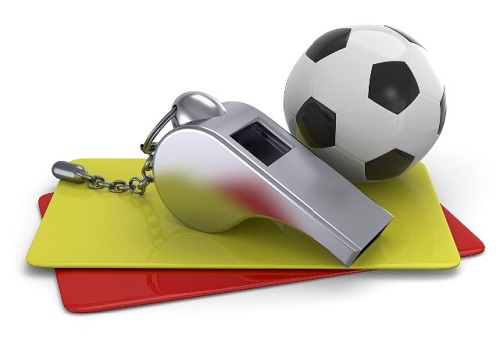 Referee Eso Doh Morisson will be out of the centre of the pitch for eight matches following his poor judgment in the game between Accra Hearts of Oak and Aduana Stars.

The second week game which ended 1-1 at the Accra Stadium saw the Phobians petition the Match Review Panel over the conduct of referee Morrison on some of his decisions on the day.

Per Hearts of Oak’s complaint, they believed referee Morrison robbed them of two clear penalties— first in the 23rd minute when Aduana’s Adam Farouk brought down Daniel Afriyie Barnieh in the penalty box.

The other was in the 73rd minute when the same Farouk broke down a goal scoring attack by bringing down Kofi Kordzi while wrongfully sending off their defender, Mohammed Alhassan 78th minute after Aduana’s Bright Adjei had missed his steps and fell in the process.

Hearts of Oak also challenged the rationale why the Match Commissioner, Charles Darkwa decided to sit in the Presidential box and thereby disenfranchising them from channeling their concerns to him.

Even though the video review dismissed the penalty claims on Barnieh in the 23rd minute, the Dr. Francis Eyiah Bediako-chaired panel believed there was a clear contact in the incident between Hearts’ Kordzi and Farouk of Aduana in the 73rd minute.


Dr Bediako’s panel also ruled that the decision to show Alhassan a red card and award a penalty against Hearts of Oak was wrong and has decided to suspend him for eight matches even though he defended his decisions when video footage showed he had a wrong call.