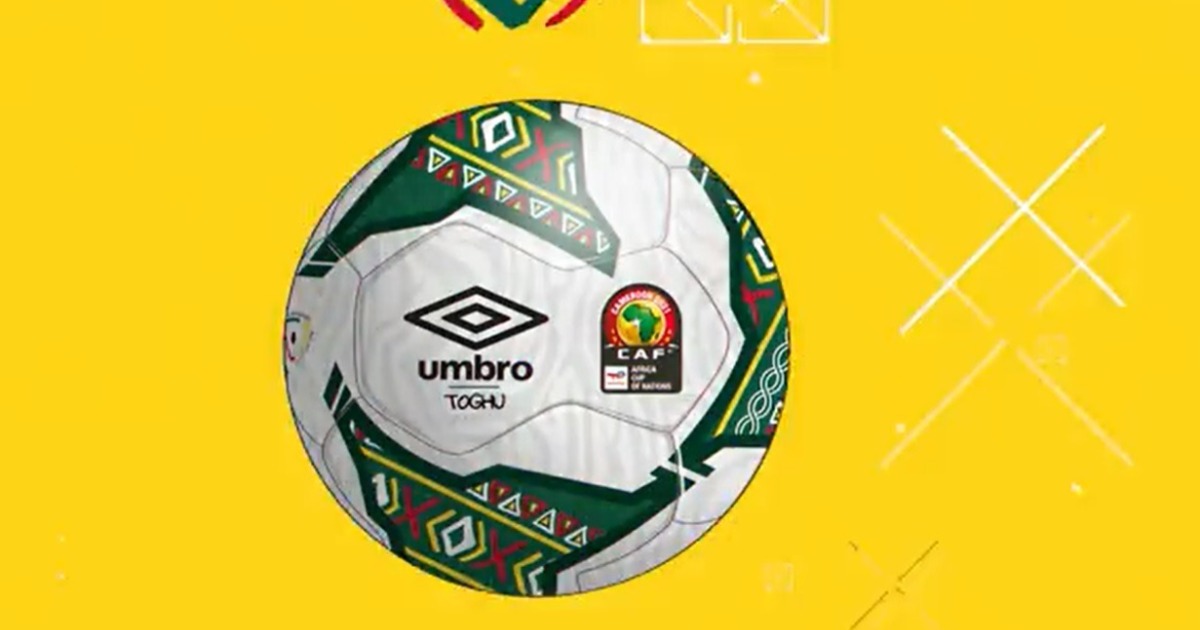 The Confederation of African Football (CAF) has launched the official match ball, “Toghu ball”, for the TotalEnergies Africa Cup of Nations (AFCON) next year.

The official match ball is named after a traditional outfit that is very popular in Cameroon. The ball, which was designed by Umbro, will be used by the 24 teams which will feature in the 52 matches that will be played in the upcoming Africa Cup of Nations in January/February 2022.