Diawisie, Lomotey nominated for Player of the Month award 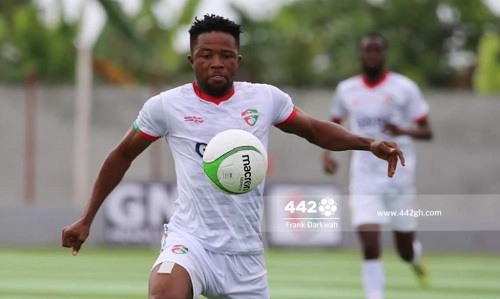 Karela United’s Diawisie Taylor leads a pack of four players who have been nominated for Player of the Month Award of January.

The sensational attacker who has caught the eyes of the national team handlers following his splendid performance in the local league this season would be competing against other talented stars such as Daniel Lomotey of WAFA, Maxwell Abbey Quaye of Olympics and Elmina Sharks James Bissue.

The Karela United sensation has scored five goals in the month of January and makes him a top contender or the monthly gong.

However, he would face s stiff competition from WAFA’s Daniel Lomotey who also scored five goals, four against Medeama SC and another against Asante Kotoko.

Lomotey who joined Algerian giants, ES Setif, during the transfer window last month is also a top contender for the award.

Below is the contribution of the players for their respective clubs during the month under review.