Coach Bashir Hayford, others for Coach of the Month award 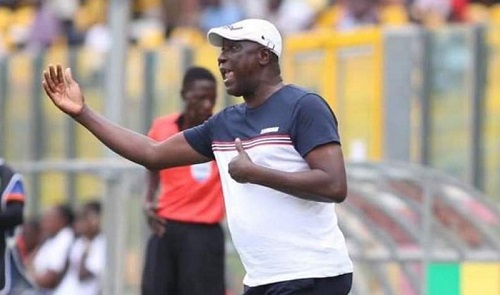 Four coaches including Bashir Hayford have been penciled for nomination for the Coach of the Month Award in January.

The nominees which were released by the Ghana Football Association would see the Legon Cities gaffer compete alongside, Kwaku Danso of Bechem United, Johnson Smith of Asante Kotoko, Karela United’s Augustine Evans Adotey and Vladislav Viric of Dreams FC.

Until his appointment as coach of Legon Cities, the club had been rooted at the bottom of the league table but Coach Hayford managed to steer the club out of relegation where he guided them to win three out of five games played under the month of review.

Kotoko has seen their fortunes turned around following the exit of Maxwell Konadu. Stop-gap coach, Johnson Smith and managed to bag eight points for the once struggling club. His achievements including winning two matches and drawing the other two with a lost to Aduana Stars.

Augustine Evans Adotey’s Karela United who are currently occupying the summit of the league log, won three games and drew one against Accra Great Olympics to bag 10 points during the month under review.

For Dreams FC’s Serbian coach, Vladislav Viric, he has maintained an invincibility since taking over as manager of the club with two wins and three draws to bag nine points.