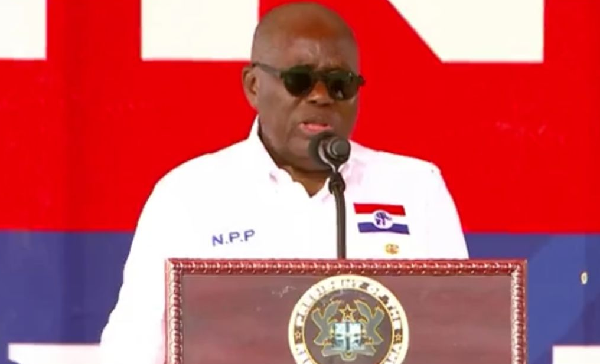 President Akufo-Addo has charged the New Patriotic Party's delegates to elect elect men and women who can hold the party together to be able to break the 8 and win power in the 2024 general elections.

He said the party will build an economy that will ensure its victory in the 2024 elections, hence challenging the party's delegates to elect capable people who will be able to help the party to win the said elections.

Read also: A drug dealer or money launderer may take over our party if… – Asabee

President Akufo-Addo was who speaking at the delegates conference of the NPP at the Accra Sports Stadium on Saturday, July 16, 2024, also congratulated the party's outgoing Chairman, Mr Freddie Blay for his dedication and role in the party's victories in 2016 and 2020 general elections.

He said although Mr Blay originally was not a member of the party, since joining the party had worked so hard to, leading to the party's electoral victories.

Read also: NPP has offered nothing but poor leadership - Otokunor at NPP conference

NPP National Delegates Conference: All the facts you need to know.