NPP has offered nothing but poor leadership - Otokunor at NPP conference 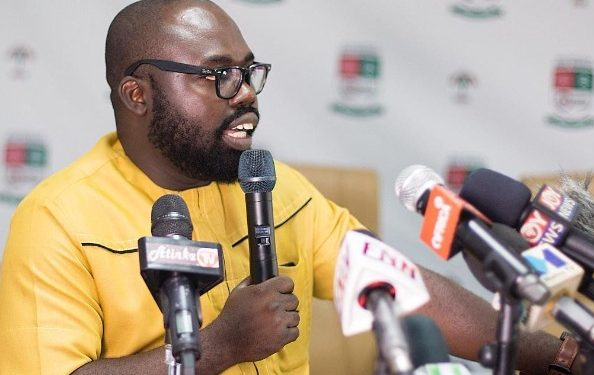 Delivering a solidarity message at the ongoing National Delegates Conference of the NPP in Accra on Saturday, July 16, 2022, he said the NPP government has compounded the worsening plight of Ghanaians.

He said the ostentation displayed at the conference grounds of the NPP clearly shows that the party did not have any modicum of ability to be sensitive to the plight of Ghanaians.

On the part of Conventions People's Party (CPP), they urged the NPP to ensure that the party did not cancel the Free SHS policies as they go back to the International Monetary Fund (IMF) for support.

The General Secretary of the Party, Nana Yaa Jantuah's said the Free SHS policy is good and needed to be sustained.

For his part, the representative of the All People's Congress (APC) said the economic woes of the country was caused by the opposition NDC and sustained by the poor policies of the ruling NPP.

For him, it was time that the NPP changed its game to make life bearable for all Ghanaians.