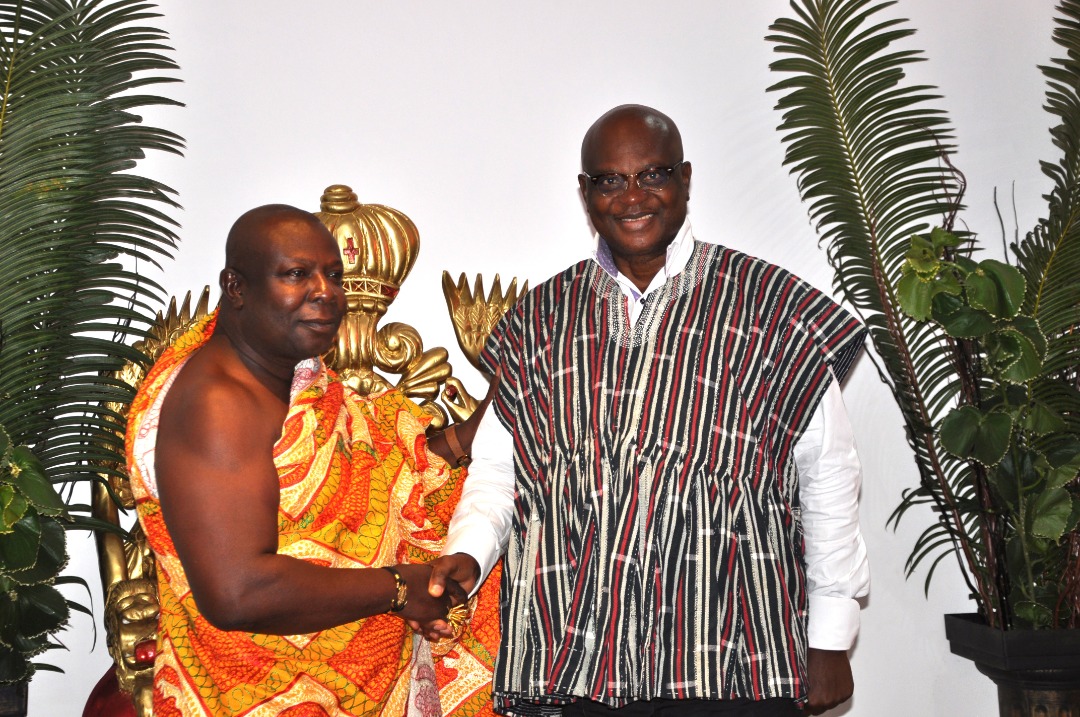 The Paramount Chief of Aflao, Torgbuiga Adzonugaga Amenya Fiti V has entreated politicians to promote the love of nation and a strong sense of nationalism among the citizenry in their campaign messages.

He said that was necessary for smooth and inclusive national development.

Torgbuiga Fiti said the contemporary Ghanaian society was looking up to policy makers to lead a crusade against political party and ethnic prejudices for peace to prevail in the country.

“Ghana must come before all partisan and ethnic considerations,” he added.

The Paramount Chief of Aflao made these remarks when aspiring flagbearer of the National Democratic Congress (NDC), Kojo Bonsu paid a courtesy call on him at his palace in Aflao last Wednesday to inform him of his presidential ambition.

Torgbuiga Fiti said for far too long, some politicians failed to the present the electorate with their vision to lift the nation to greater development heights because they rather focused on their parties’ manifestoes and ideologies which did not address the aspirations of the people.

He said there was the need for strong intuitions to be set up to build trust among the citizenry for the progress of the nation, without any form of bigotry among the people. 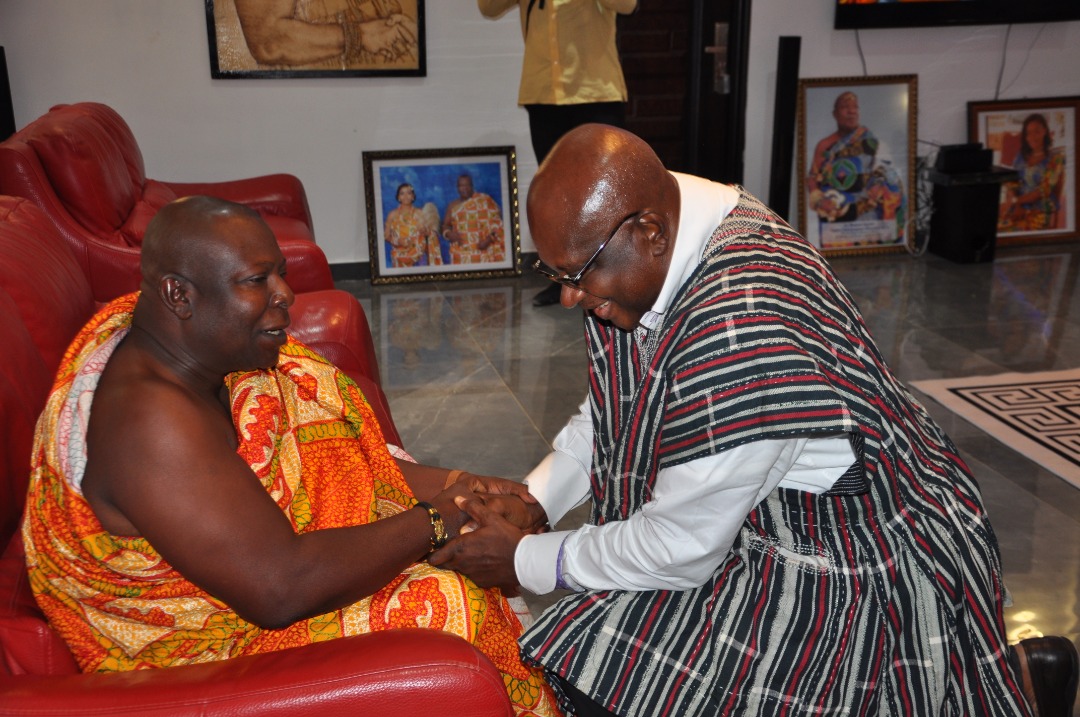 Torgbuiga Fiti commended Mr Bonsu for his bold decision to run for the presidency, saying he was known for his strong sense of patriotism, dignity and ability to consolidate peace and unity among the people, and respect for traditional authorities.

“I know you can do a lot for Ghana in the total absence of tribal politics with your rich and clean political experience and noble personality,” he told the aspiring flagbearer.

For his part, Mr Bonsu re-affirmed his stance to choose a vice presidential candidate from the Volta Region, which he described as the backbone of the NDC.

“The Volta Region has done a lot for the NDC and deserves a lot from the NDC,” he added.

The former Mayor of Kumasi thanked Torgbuiga Fiti for the cordial reception accorded him at the palace, saying it was gratifying and definitely reassuring of many good tidings for his ambition to lead the NDC to victory in the 2024 general elections.

Mr Bonsu made it clear that he would be President for all Ghanaians and not any political or tribal group when given the nod.