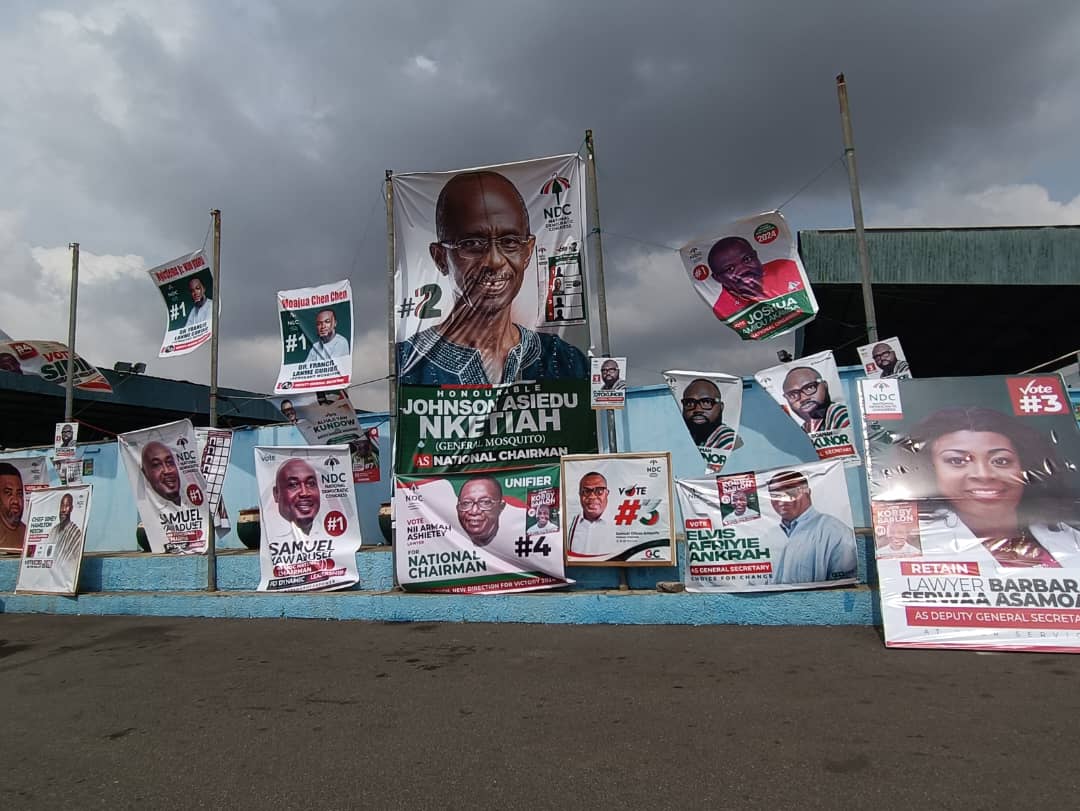 The Accra Sports Stadium, venue for the 10th National Delegates Congress of the National Democratic Congress (NDC) is buzzing with activities as delegates and party faithful have gathered to elect new national officers of the party.

In and outside the stadium are awashed with posters and huge banners of the candidates vying for various positions.

The NDC has chalked another first with Comrade Benedicta Lasi being elected Secretary General of the Socialist International; she is the first African and woman to hold the role - Johnson Asiedu Nketiah, outgoing General Secretary of the NDC #NDC2022Congress #NDCCongress

In the belief that the 2020 elections were rigged and to prevent same from happening in future elections, the party organised a retreat in the Volta Region - Johnson Asiedu Nketiah, outgoing NDC General Secretary 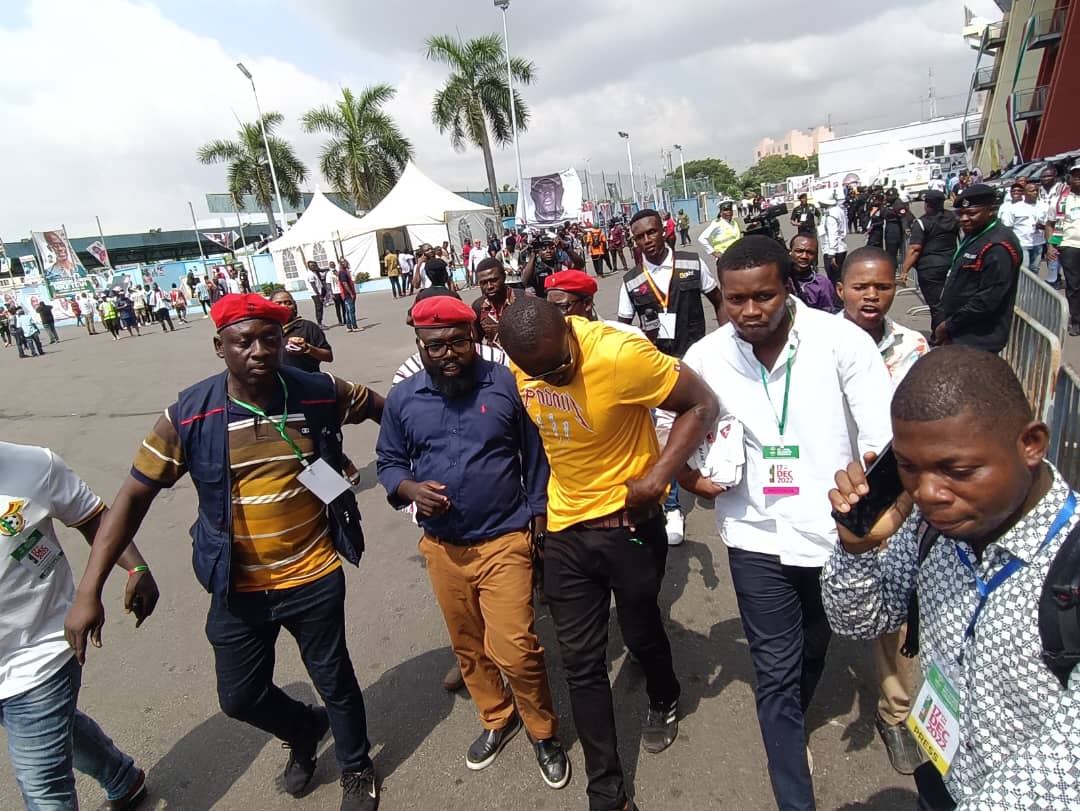 Dealers of the party's paraphernalia are also cashing in on the event.

Also on display are huge banners of former President, John Mahama and the Greater Accra Regional Chairman of the party, Nii Ashie Moore. 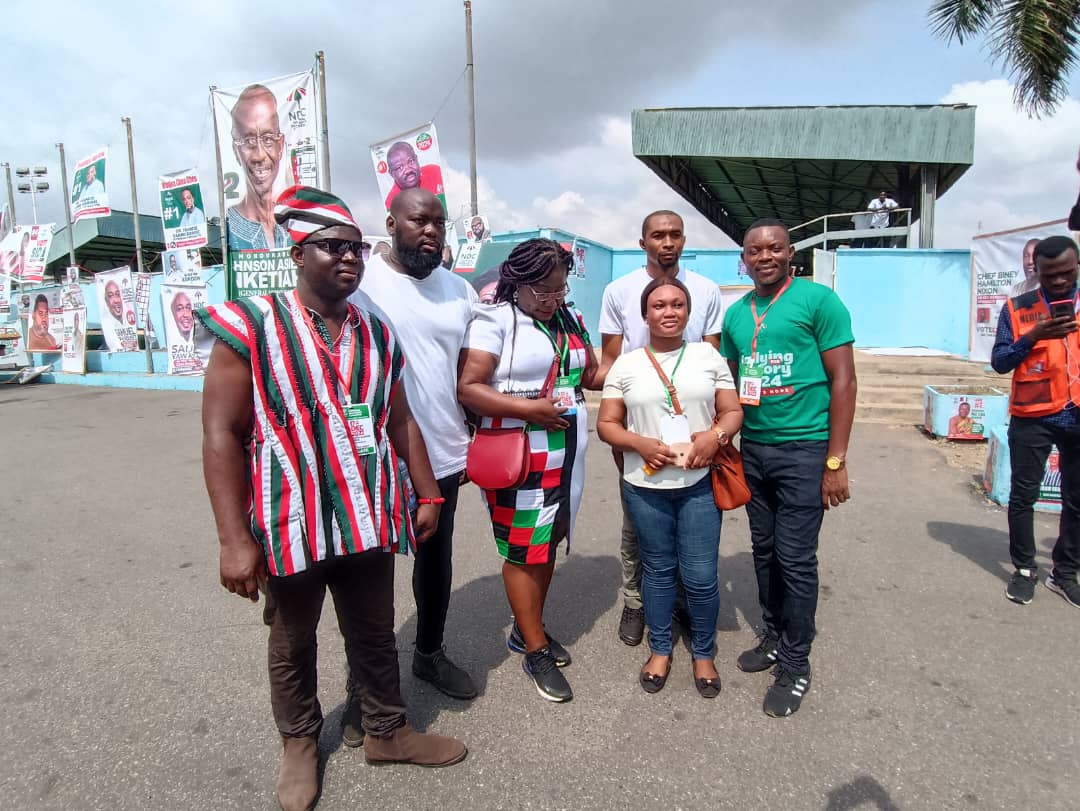 Food vendors have also taken advantage of the event to do brisk business.

Meanwhile, some of the delegates and supporters who have converged on the stadium are optimistic of a successful congress.

Party faithfuls and delegates attending the National Delegates Congress are optimistic of the success of the event.

That, they said was as a result of the measures instituted by the National Congress Planning Committee of the party.

They said for instance, the security measures were helping to ensure law and order.

They cited the checking of accreditation as a good example of the steps taken to ensure a peaceful event.

A delegate, Kwame Baffour said he was confident that the party would emerge out of the congress united.

He expressed the hope that the delegates would elect people that would lead the party to victory in 2024.

Another member of the party, Ayomah Moro said the party would remain united after the congress, no matter who emerged victorious at the congress.

He expected all candidates to come together to prosecute the agenda of the party after the congress.

The Member of Parliament for Ablekuma South, Alfred O. Vanderpuije also said the NDC was the only alternative to rescue Ghanaians from the economic situation plaguing the country.

For him, the congress would be a success.

Today's congress is the 10th since the formation of the NDC in 1992.

The congress is enshrined in Article 20 (1-3) of the NDC Constitution which establishes congress as the highest decision-making body.

Congress is convened every four years by the General Secretary acting on the direction of the National Executive Committee. 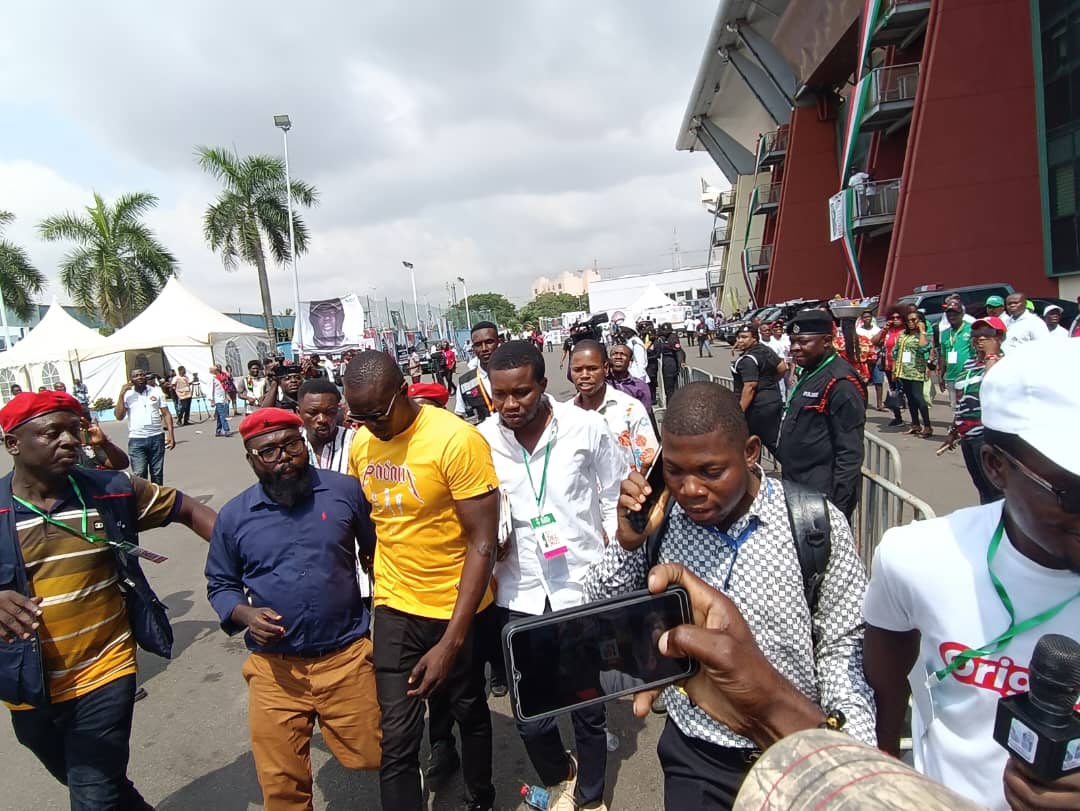 In the 2020 General Elections, the NDC Faced a very hostile umpire in the Electoral Commission and we had a judiciary that threw facts, common sense and logic to the wind and denied us the opportunity to hold the EC Chair to account - Johnson Asiedu Nketiah, outgoing NDC Gen Sec

Since the last Congress many of our comrades have passed on. Key among them is the founder of the party, Flt Lt Jerry John Rawlings; Ama Benyiwa Doe, Prof Kwesi Botchway, Captain Kojo Tsikata, among others - Johnson Asiedu Nketiah #NDC2022Congress #NDCDecides #NDCCongress

This is how Mr Asiedu Nketiah alias General Mosquito greeted the delegates at the #NDC2022Congress #NDCCongress pic.twitter.com/ZteRC7Qljp