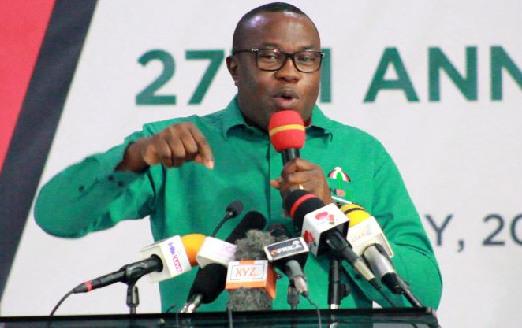 The National Chairman of the National Democratic Congress (NDC), Mr. Samuel Ofosu-Ampofo has expressed confidence that the NDC will win the 2024 General Elections.

He stressed the party will snatch not only parliament but government from the New Patriotic Party in 2024.

He said this while delivering a speech during the NDC delegates’ congress to elect new executives on Saturday, December 17, 2022.

“In 2024 we will snatch not only parliament but government from the NPP,” he stated

Mr. Ofosu-Ampofo who is seeking reelection said the congress is the beginning of rescuing the country from the NPP.

“Today will mark the beginning of our rescue efforts from this ineptitude and wicked government. We must signal that the NDC is a party of choice,” he stressed.

NDC delegates are electing new executives to steer the affairs of the party ahead of the 2024 general elections.

Mr. Ofosu-Ampofo is being contested by the outgoing General Secretary Johnson Asiedu Nketia.

Mr. Ofosu Ampofo added that the contest between the two will only strengthen the party’s democratic credentials ahead of the 2024 elections.

He said “I want our detractors to know that our party still remains strong, and we will come out of today’s elections even stronger. The chairmanship contest between the party chairman and the general secretary will not destroy the NDC, we are all too strong and too intelligent for that.”

“Let those false political prophets from the opposing side who are predicting armageddon after today’s election be clear in their minds that today will rather mark a renaissance of the great akatamansonians,” he added.