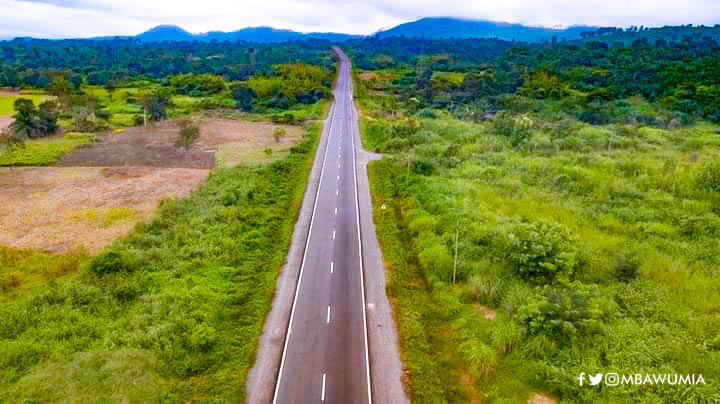 The Chiefs and people of the Oti Region have expressed gratitude to the Akufo-Addo administration for the many development projects they have witnessed in the Region since 2017, especially in the areas of roads, schools and other infrastructure.

The chiefs are particularly grateful that now, unlike in the past, promises made by the government are actually fulfilled.

Speaking on behalf of the Chiefs at Kadjebi on Thursday (September 8, 2022), Nana Asabre Amankwatia II, Baamuhene of Kadjebi Traditional Area, said the NPP government had indeed walked the talk and made good on its pledges. 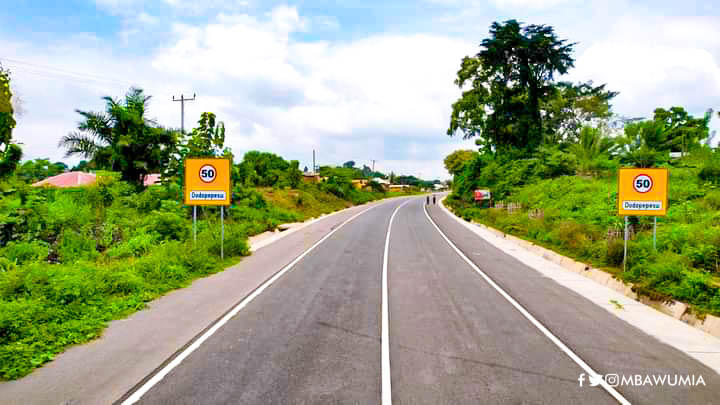 “Thank you for fulfilling your promises to us. In the past we have heard many promises about Government coming to fix our roads and bring us other development but they never happened. But your government is different.

“I was there at Jasikan in December 2019 when you, Vice President Bawumia, cut the sod for work to begin on this road, and today, I am here again for the commissioning. You and your government have kept your word and fulfilled your promises. You have shown once again that we only get development when NPP is in power,” he declared.

Nana Amankwatia II made these remarks when the Vice President, Dr Mahamudu Bawumia, accompanied by the Minister of Roads and Highways, Kwasi Amoako-Attah and the Chinese Ambassador to Ghana, Lu Kun, joined the chiefs of the eight traditional divisions of the Oti region to commission the 56.4km Jasikan-Dodo Pepesu Road stretch of the Eastern Corridor roads.

The construction of the Jasikan - Dodo Pepesu Road is part of the Master Project Support Agreement (MPSA) between the Government of Ghana and the Peoples Republic of China for the construction of some key infrastructure project through an innovative financing model. Under Phase 1 of the MPSA, a total of 441km of roads and two interchanges are to be constructed.

Work on the Jasikan-Dodo Pepesu Project began on 11th December 2019 for completion in 30 months. The project was however completed in April 2022, almost two months ahead of schedule and did not record any cost overruns, according to officials of the Ministry of Roads and Highways. 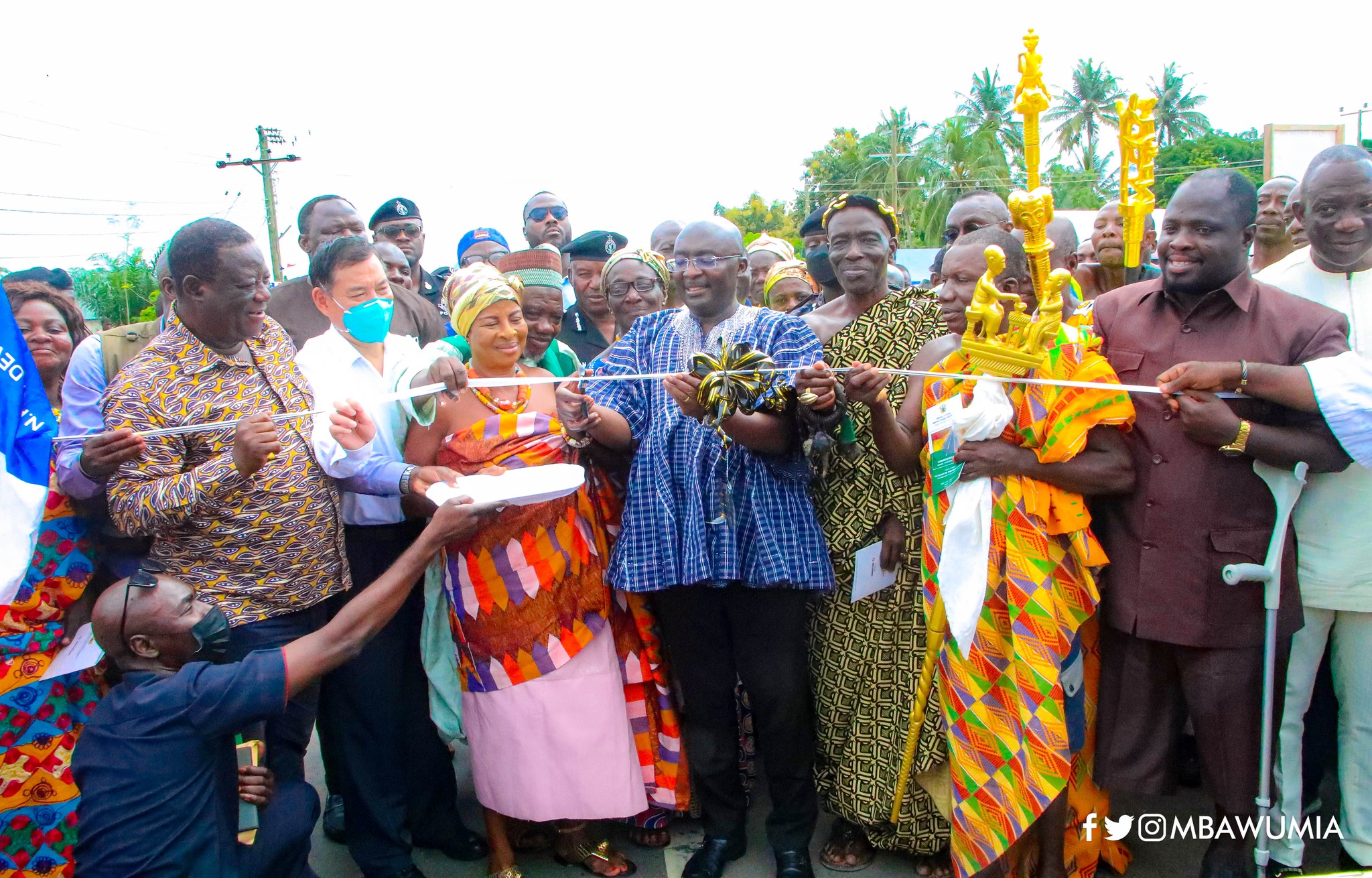 Addressing the gathering, Vice President Bawumia explained that the Eastern Corridor Road Project starts from Tema Motorway Interchange and has a number of components, almost all of which are receiving attention.

“The Construction of the 67km Tema-Akosombo Road Project is ongoing, and includes the dualization of the Tema -Akuse Road with the construction of interchanges at Ashaiman and Akuse; the section between Akosombo and Asikuma is under Periodic Maintenance by the Ghana Highway Authority.

“As you can see, Government is working on almost every section of the Eastern Corridor” Dr Bawumia emphasized. 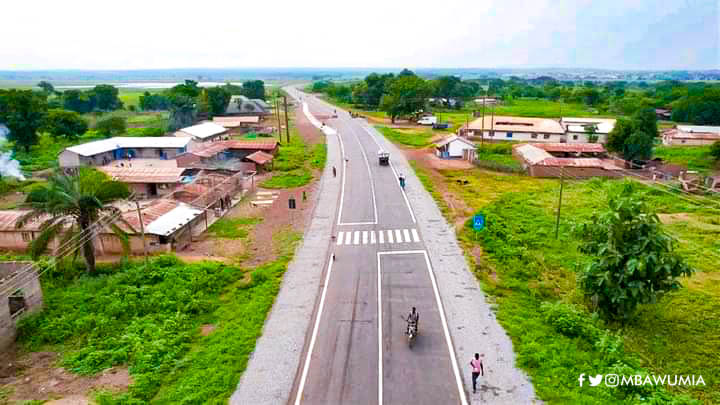 The Vice President further indicated that a number of projects, broken into Lots under Phase 1 of the MPSA, had either been completed or were nearing completion.

“There are currently 8 Lots at various stages of completion under Phase 1 of the innovative Sinohydro MPSA we agreed with the Government of the People’s Republic of China. A number of projects have been completed, including construction of the Tamale Interchange, the first ever interchange in the Northern parts (Lot 3); construction of Cape Coast Inner City and Western Region Roads (Lot 7); and upgrading of Selected Feeder Roads in Ashanti (Lot 8). 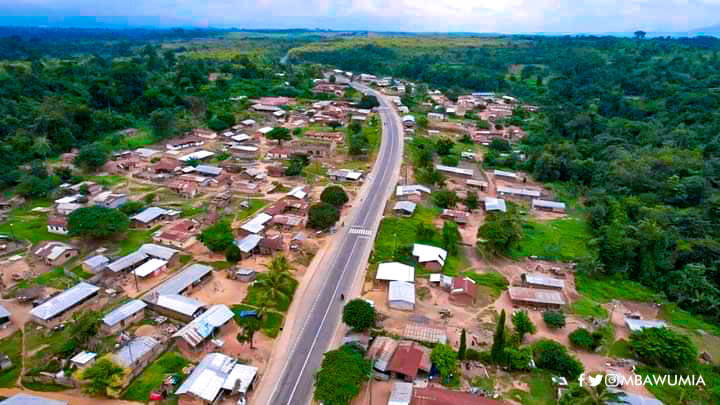 Zeroing in on the Volta and Oti regions, Vice President Bawumia said the Ministry of Roads and Highways, through its implementing agencies – Ghana Highway Authority, Department of Feeder Roads and Department of Urban Roads - had undertaken a large body of work designed to ease travel and improve the socio-economic lives of the people.

“Apart from the Eastern Corridor roads the Ghana Highway Authority has completed about 109km of trunk roads within the Volta and Oti Regions since 2017. Some of the roads include Upgrading of Kete Krachi-Buya Road (26.9km); Upgrading of Nkonya Wurampong-Kwamikrom (21km) and Upgrading of Borae Junction-Dodiokope Road (17km).” 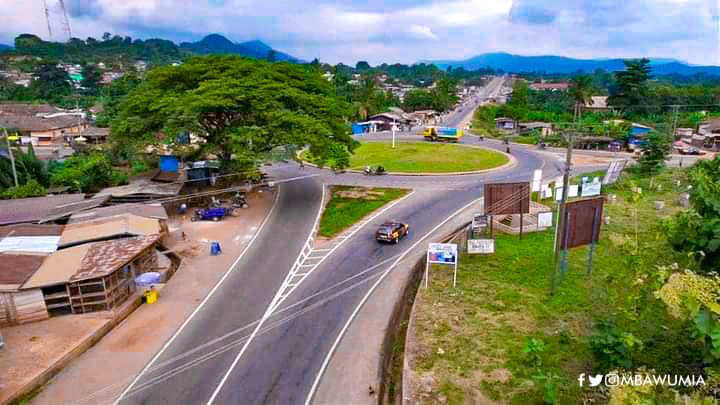 “The Department of Urban Roads completed 31km of road works within the same period,” he continued. These include the Asphalt Overlay of 14.7km of roads in Hohoe; 14km of Binder course laid between Sokode-Gbogame and the Civic Centre under the Dualization of the Ho main Road and the Upgrading of Klefe Town roads (2.5km).

“Apart from creating a new Region, Oti region, after decades of requests, you will all agree with me that indeed the government of Nana Addo Dankwa Akufo-Addo has brought a lot of development to the Oti region. The evidence is also clear that no government in the Fourth Republic has constructed and completed as many kilometers of roads in Ghana as the Akufo-Addo Government,” he affirmed.