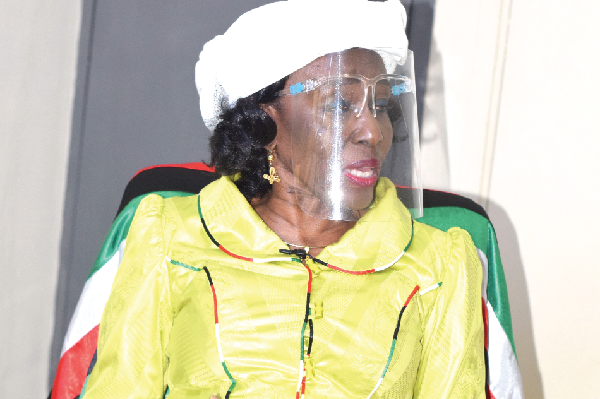 The National Democratic Party (NDP) recently re-elected its founder, Nana Konadu Agyeman Rawlings (NKAR), as its flag bearer for the December 7, 2020 Election. The Daily Graphic’s Kate Baaba Hudson (KBH), acting Mirror Editor, had an exclusive interview with the former First Lady, on her re-election as the flag bearer and what her party, the NDP had in store for Ghanaians. Nana Konadu Agyemang Rawlings is also the President of the Development for Women Mobilisation (DWM) and a globally acclaimed gender activist.

Her political career spans nearly four decades. Below are excerpts of the interview.

KBH:    Congratulations on your re-election as the flag bearer of the National Democratic Party (NDP). This is the second time the party has elected you into this high office.  How do you feel and what do you think accounts for this endorsement?

NKAR: I believe my abilities and capabilities, coupled with the fact that I believe in the core objectives of the party.  Not just about the party’s constitution, but the Constitution of Ghana itself.

That stipulates that we should have people’s government and participatory democratic systems, from top to bottom. So whether it’s in national parliament, or district assemblies or unit committees, there should be a certain level of participatory work, so that the people decide what is good for them, instead of a few people deciding for them.

I think they also know that Nana Konadu Agyeman Rawlings is an organiser, she goes round and mobilises people and individuals to be part of the NDP and at the same time, they also remember the work she did for women from constituencies to constituencies and, within the communities, trying to get them to stand on their own feet, no matter how small. At the end of the day, all that come to help push Ghana forward.

KBH:  Madam Flag bearer, Election 2020 is about two months  away.  What must we expect from the NDP as a formidable force within the political space?

NKAR:  Our manifesto clearly states the objectives that the NDP is working with. It talks about skills training for individuals, so that no child or nobody becomes irrelevant within the society and no one is left out. Everybody will have a job to do, they go through skills training to earn good jobs, jobs development, jobs that are relevant to our country. I think that one thing that is to be expected is to make a good impact and a good mark.

KBH:   Your Excellency, funding remains a challenge to many political parties in the country.  How is the NDP meeting its financial obligations to prosecute a successful election campaign.

NKAR: It hasn’t been easy. Usually we look at individual support. We do some fundraising as well. Luckily, I’m not alone in this. And most of the people who are with us believe in our objectives. These objectives are to bring people on board, onto the political cycle. To be able to do that, if you look at the system as it is now, it’s all about money. If you look at how we do the leg work and the constitution itself, what does it say? It talks about participatory, and if it’s participatory, then it’s not just money that will determine how you organise yourselves. However, I think that politics in the country has been so monetised that we cannot pretend that they don’t need any money at all and to this end, we have been doing some fundraising.

They support us with ‘T’ Shirts, money for fuel to move around, some even donate their vehicles to help us on our rounds. 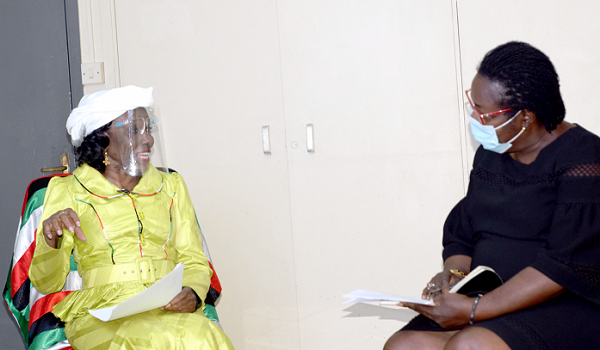 KBH:  The NDP is about Eight years old. What have been some of its challenges and how are the managers of your party working to overcome the challenges?

NKAR: Even from the beginning, when I was first nominated as the flag bearer in 2012, everyone knew about the hiccups that happened. It  was clear that it was more than just not having me registered. It suited some people that I didn’t come into the picture at all. Be it as it may, 2016, I registered again as a candidate and we started working.

But even in 2012, in as much as they didn’t put the candidate on the ballot paper, being me, we still went round doing a lot of campaign and campaigning about our objectives, and these objectives summarise everything, that the political scene should grow from the grass roots upwards, not coming top-down, not from the bottom-up.

So, we were still propagating the constitution and what it really says to all from the lowest level up, there should be, if we can abolish corruption or work towards minimising it.

There was, of course, the issue of making sure that the country was actually led by the people in terms of direction and making sure that we moved in a way that stampeded us in our development.

When politics is reduced to just monetary politics, people seem to forget that we are talking about a nation that we are going to live in for the rest of our lives.

They think it’s just politics for the few months that we’re going to elect somebody and then it’s finished. But no, it’s more than that and we see the importance of the district assembly elections, and the unit committees as key to our democratic systems, and we were going to do that. We in the NDP believe that the appointment of district chief executives must stop.

They should be elected, so that individuals would feel that they have a stake in it, not leaving it to the parties,