We'd have wanted to engage Mahama face-to-face if... - Jean Mensa 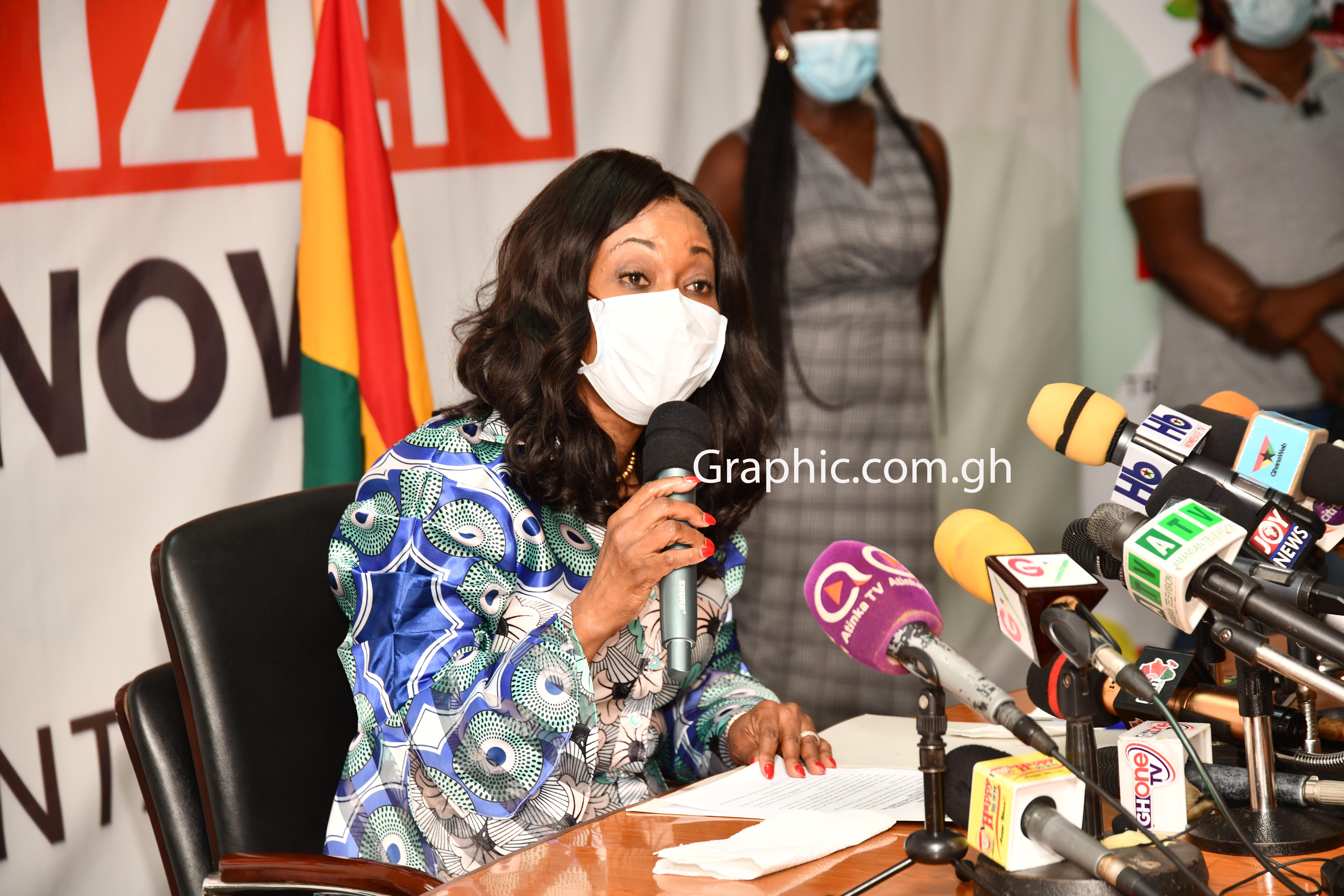 The Electoral Commission (EC) says it would have wished that the flag bearer of the opposition National Democratic Congress (NDC), former President John Dramani Mahama would have personally presented his nomination forms on Wednesday.

According to the EC, it was hoping that Mr Mahama and/or his Running Mate, Professor Naana Jane Opoku Agyemang would have been at the Commission personally on Wednesday, October 7, 2020 to present the 2020 Election presidential candidate nomination forms.

This, the EC said would have allowed the opportunity for a face-to-face engagement with him [Mahama] on some of his concerns [in relation to the preparations towards the 2020 Elections] which it said, it had noted in the media.

The National Democratic Congress (NDC) on Wednesday filed the presidential nomination forms of Mr Mahama, its flagbearer amid criticism of the EC.

The law allows an arrangement for the forms to be filed on behalf of an aspirant.

Therefore the General Secretary of the NDC, Mr Johnson Asiedu Nketia submitted the forms on behalf of Mr Mahama, who is currently campaigning in the Western North Region and launched what he terms a 'retail campaign', with a promise to 'restore truth and dignity' on Wednesday, October 7, 2020.

In 2016, Mr Mahama in a similar fashion as a sitting President nominated his Vice President and Running Mate, the late Paa Kwesi Amissah-Arthur to present the nomination forms on his behalf.

Mr Mahama himself, who is seeking re-election has already made some public statements expressing concerns about the EC's preparations for the elections.

Receiving the forms from Mr Asiedu Nketia, the Chairperson of the EC, Mrs Jean Mensa said:

"As a Commission, we would have wished that the Flagbearer of your [NDC] party, Former President John Dramani Mahama and/or the Vice Presidential Candidate Professor Jane Naana Opoku Agyemang would have been here personally to present the Nomination Forms as it would have allowed us an opportunity to engage with the Former President personally on some of his concerns which we have noted in the media. However, we warmly welcome you to the Commission."

Mr Asiedu Nketia raised issues with the timing of the filing of nomination forms at a time the final voters register was not ready.

He was concerned that it is possible some of the voters endorsing the presidential nomination forms may not find their names in the final register by the time it was ready.

Mr Asiedu Nketia argued that even on Wednesday morning before the filing in the afternoon, the NDC was receiving phone calls from some of its members informing the national office that their details had changed and that the EC had issued them with new voter ID cards with new ID numbers.

This, he said was the NDC's argument and preference that the filing should have been done at a time the final register was ready.

“The laws of the Commission indicated that an old register does not become extinct until a new one is finalised and certified. We have a situation when we are called upon to file nominations where there is a big doubt as to which register will be the base document for the filing of nominations.”

“It is unfortunate that a mature democracy like Ghana’s, we are having to go into elections as if we haven’t tasted democracy before,” he said.

The NDC followed the Progressive People’s Party (PPP) in filing the nomination forms on Wednesday.

The PPP flag bearer, Brigitte Dzogbenuku, submitted her forms in person and raised concern with the filing fee in her exchange with the EC Chairperson.

“I am requesting for a discount on the nomination fees because I am a woman. As it stands, we have filed [the nomination forms] but if you [EC Chair] finds in your heart to give us a discount, we will be happy... It will be a form of encouragement to other women to step up and not be deterred by money to the leadership position that women deserve in this country,” she said.

ADDRESS DELIVERED BY THE CHAIRPERSON OF THE
ELECTORAL COMMISSION,
MRS JEAN MENSA
ON
WEDNESDAY 7TH OCTOBER, 2020
ON THE RECEIPT OF NOMINATION FORMS OF PRESIDENTIAL CANDIDATES FOR THE 2020 PRESIDENTIAL AND PARLIAMENTARY ELECTIONS

A good afternoon, General Secretary of the National Democratic Congress Mr Asiedu Nketia, Fellow Commissioners, Directors, Ladies and Gentlemen and our Friends from the Media.

This is the day the Lord has made, we rejoice and we are glad in it. We thank the good Lord for His mercies.

As a Commission, we would have wished that the Flagbearer of your party, Former President John Dramani Mahama and/or the Vice Presidential Candidate Professor Jane Naana Opoku Agyemang would have been here personally to present the Nomination Forms as it would have allowed us an opportunity to engage with the Former President personally on some of his concerns which we have noted in the media. However, we warmly welcome you to the Commission.

This afternoon we are assembled here for one of the most important processes in our election calendar. Indeed without this activity, the Commission cannot run the Election.

Furthermore the Presidential Candidate is required to deliver the Forms to the Commission on the date prescribed by the Commission.

Ladies and Gentlemen, as part of the Commission’s efforts to ensure a transparent, credible, fair and yet accountable process, the Commission has developed a detailed Checklist that embodies the criteria to be satisfied by the Presidential Candidates as prescribed by law. The checklist/ template will guide the scoring and awarding of marks by Teams established by the Commission to scrutinise and review each of the Nomination Forms submitted.

I welcome you all warmly to the Electoral Commission of Ghana once again and thank you for coming personally to submit your Nomination Forms.
As Returning Officer of the 2020 Presidential Elections, I will now receive your Forms which will be subjected to vetting and scrutiny by our Teams.

Thank you very much.

May God bless our Homeland Ghana and make our Nation great and strong.